The Austrian Günter Schachermayr is always thinking up funny stunts with his Vespa. Sometimes he rides up a mountain pass on his back wheel, prepares an egg dish without a front wheel on his Vespa or dares a bungee jump with the Italian scooter. This time he went to the beautiful Wolfgangsee in Austria, parasailing with a Vespa, pulled by a motorboat with 380 HP. One wonders when Günter gets these ideas, in any case they will be turned into reality. 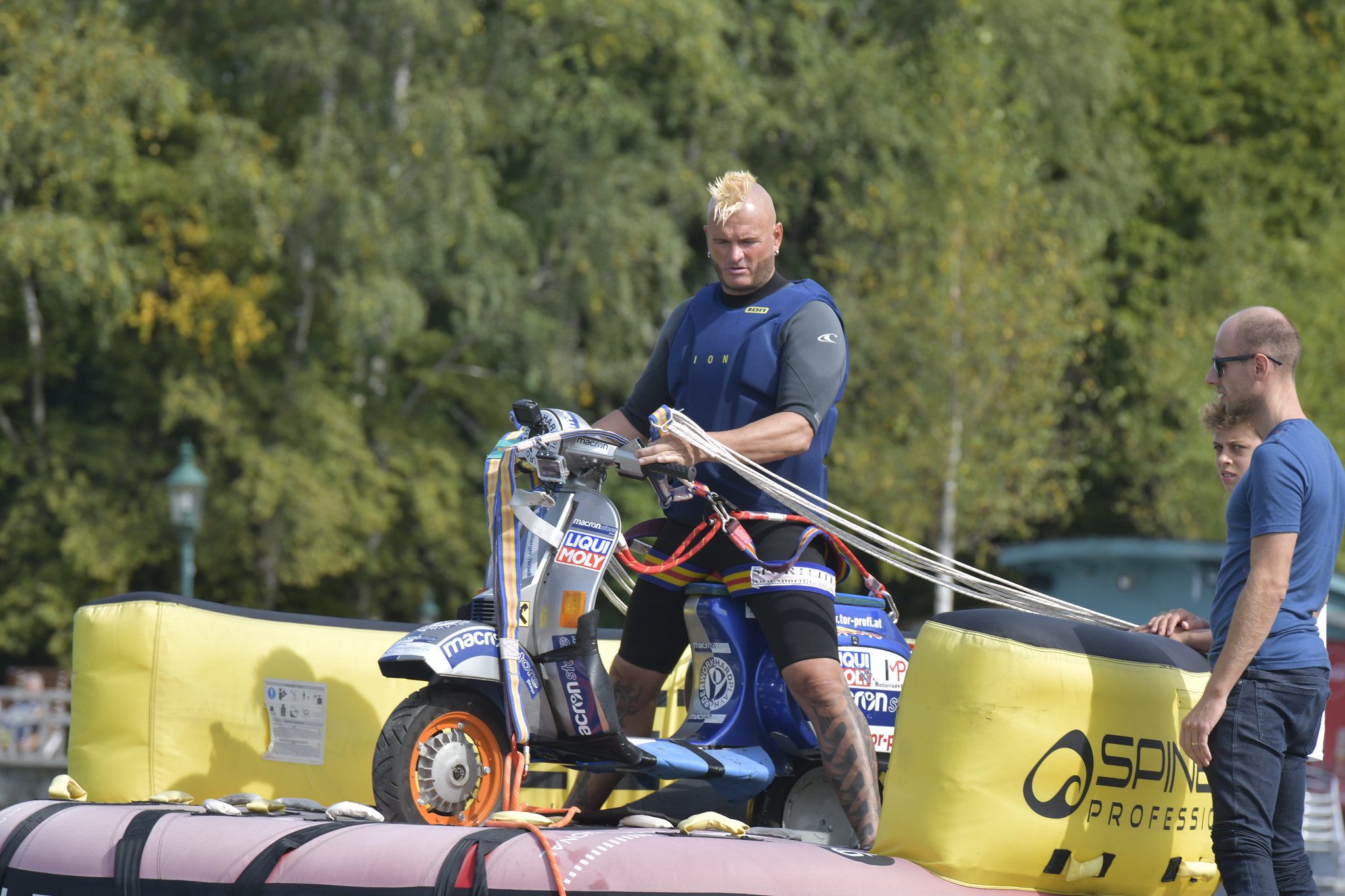 After a jerky start from the jetty, Günter is pulled up to 95m height together with his Vespa. The view from his seat was breathtaking in any case.
But only until the wind at the lake turned suddenly and the team lost height. Despite the boat and some manoeuvres the Vespa and Günter sank further and further and finally hit the Wolfgangsee. Lifeboats fished Günter and his demolished Vespa out of the lake.
We wish Wolfgang a speedy recovery and are looking forward to his next Vespa ideas!