In early 2019, Ralf, co-founder and managing director of SIP Scootershop, visits Vespa collector Robin Davy at his museum in Munich. In addition to his own words, his best friend Mika Hahn talks about Robin Davy the man:

Robin Davy and the Vespa. It's a deep and unique love affair. The nature of his Vespa passion would be material for a Hollywood love story. Humorously, you could say Robin is married to the Vespa. He gets up with Vespa and goes to sleep with Vespa. And at night he certainly still dreams about Vespa.

Robin has been collecting everything to do with the Italian motor scooter for 40 years. Born in England, he has built his Vespa paradise in his adopted home of Munich. His museum in a Munich underground car park is legendary. Vespa friends from all over the world have visited it to experience the history of the Vespa in a fascinating way and with all their senses.
With his club Munich Oldtimer Vespa Friends, he has revived the great tradition of Vespa acrobatics. He has been performing with his Vespa troupe all over Europe for over 20 years. I was lucky enough to be able to write the book "Vespa Forever" with Robin and also the children's book "Enrico's Vespa. His knowledge of worldwide Vespa history is incredible and certainly unique. I don't know anyone who lives a greater love for the Vespa, who dedicates himself to a cause in such a loving way.
Robin is Vespa to me - and Vespa is Robin to me. 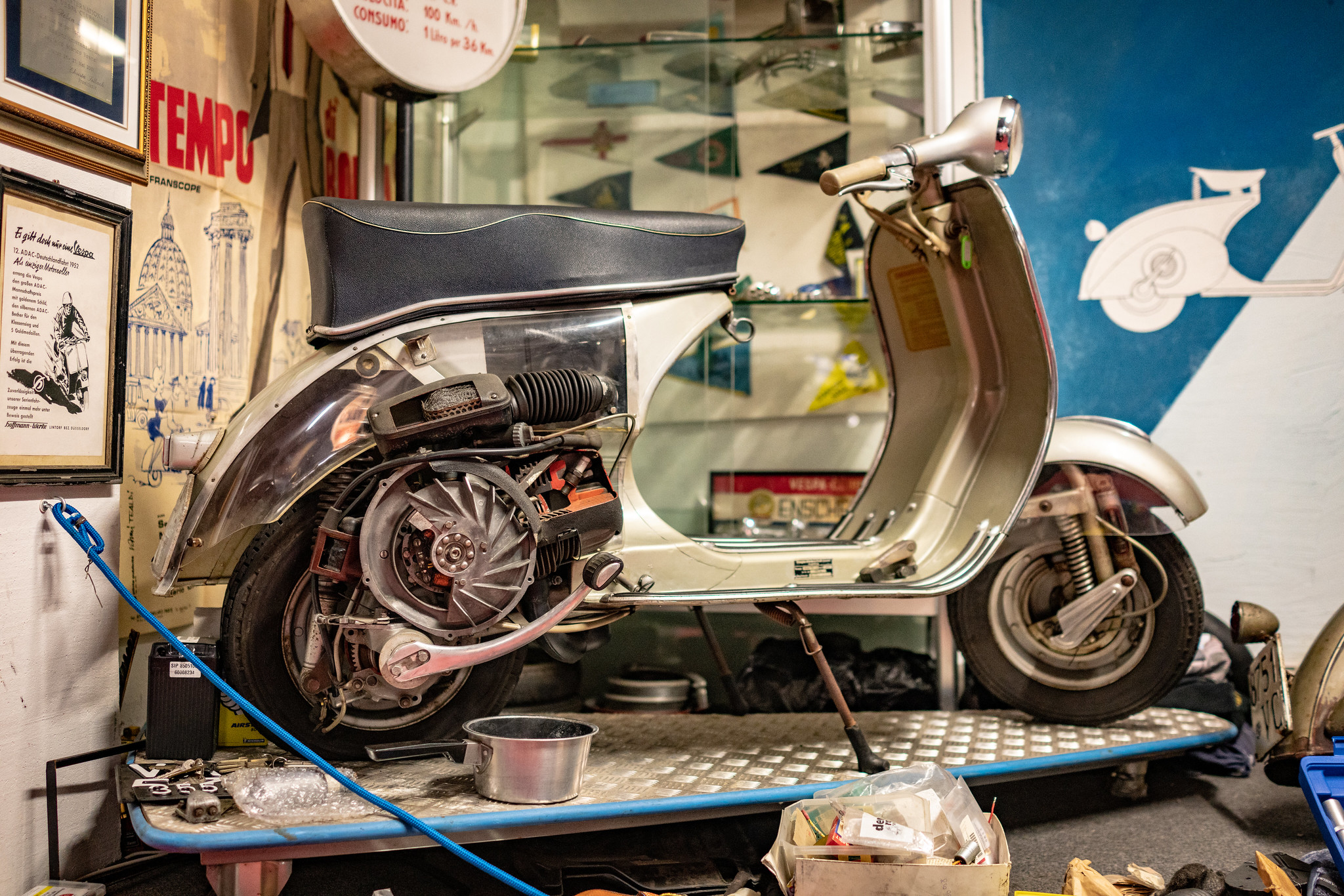