Finally, finally, finally! For far too long, the damned Corona pandemic forced us into isolation and events could only take place under difficult conditions. But last weekend in Gundelfingen near Augsburg we were finally able to marvel at great scooters again with lots of friends, chat and celebrate. 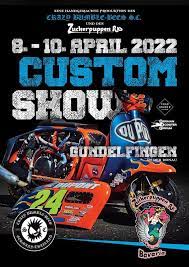 We from SIP Scootershop were of course also present and were really happy to see many faces again that we had sorely missed in the last few months. After the set-up on Friday, the two following days were very lively. Jesco, André, Janina, Fabi & Co. had their hands full and had plenty of petrol talks about the coolest hobby in the world. But of course, the two custom scooters that we had brought to the stand were also marvelled at. And despite all the hustle and bustle at our stand, we had time for an extensive tour and could hardly stop marvelling. There were really fantastic Vespas and Lambrettas at the start. It's best to take a look at the video and the photo gallery, because it's hard to describe the show in words.

Beer-wise, all participants were supplied by the brewery "Frau Gruber" and we worked together to destroy the supplies. And it's hard to believe, but we did it! On Sunday morning there was not a drop left in the barrels. Well done, ladies and gentlemen!

The awards ceremony unfortunately went a bit under the radar on Saturday, so we don't even know exactly who won in the categories "Best Vespa", "Best Lambretta" and so on. As soon as we have researched this, we will provide the winners. However, we do know that in the category "Best Paint" a certain Alex from Landsberg won with his Lambretta DL 200. It was painted by our buddy Cao from Vicenza, who also styled our Vespa Pordoi GTS and the 70s Vespa. Cao is also well known for his helmets under the label "70's Helmet". We are very happy about this award! There is more about this in the video below. The audience award went to the Vespa GS4 "Second Skin" from Austria. Congratulations.

The evenings were real highlights thanks to stylish DJs and the party went on until the early hours of the morning. Sensational! We would like to thank the organisers for a great weekend and take the event as a good omen for the coming season. If it turns out like the show in Gundelfingen, nothing can go wrong. 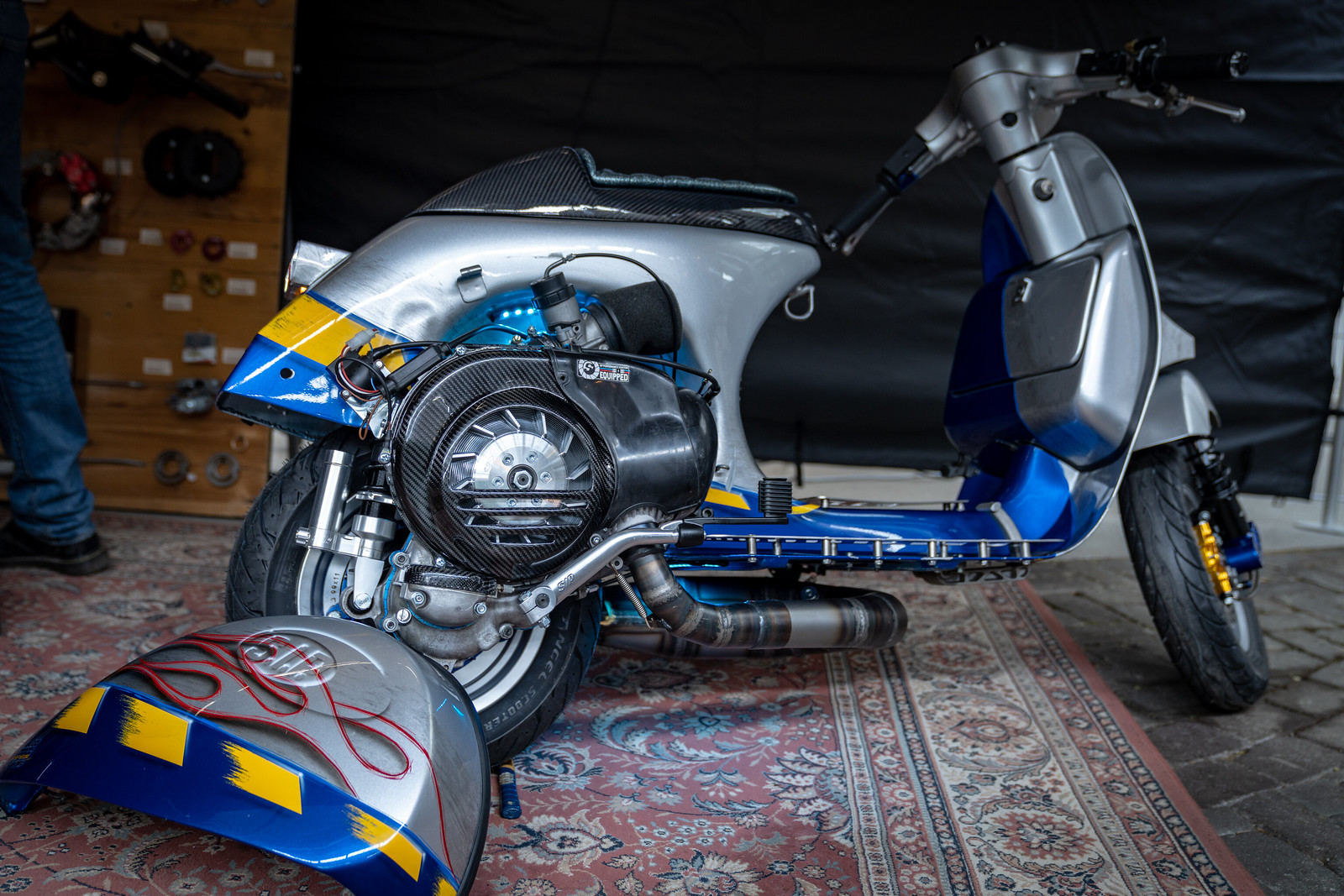