As hard as the title may make it sound, it was in fact not hard at all. Quite the contrary. This year, we took a very laid back approach and arranged as pleasant an arrival and departure with Lufthansa as is possible. At least the majority of our jovial traveling group. In fact, two rather hard boiled riders made their way to Naples with the Mercedes Sprinter in order to unburden our partially rusty Vespa scooter. That is, of course, not our way. In the past, we have been known to be much bolder. But when the goal is to infiltrate the southern realm of the italian boot and there are only 5-7 days of hiatus to accomplish this, then a little cheating is required.

Barely off the plane, feeling fresh and feeling fine, we were plucked directly form the Naples airport by our dear friends Tank-Top Toby and Injector Andre (Andre bravely rebuilt his VBB to be an injector) and packed into three vehicles with all our luggage. Part of the delegation were the up to that point largely unknown Cancelliere brothers, founders and operators of “La Vespa Due” with headquarters in Ottaviano. Their headquarters were our first intended destination. We were received warmly with antipasti, vino bianco, birra Peroni and dolce and were allowed to tour their “sacred halls”. Our wild and crazy tour continued after this as we cruised directly to Naples and, of course, wandered at the “Catacombe di San Gennaro” (you can find an extensive report on the catacombs in the last edition of Curve). On the way there, there were, unfortunately, three minor crashes to record. These fortunately only had relatively minor effects on horse and rider. Our hungry stomachs were filled abundantly at the Naples Pizza Festival and we spend the night in Ottaviano, pretty much right next to Vesuvius.

The next morning, after a small breakfast of cappuccino and brioche, we drove by Pompei to the Ristorante Mustafa near Seiano. A true insider tip from our highly motivated tour guides as it’s place they visit themselves regularly with their families. We had an excellent lunch. Actually, all of our meals were excellent. That is why, in order to keep jealously to a minimum, I will refrain from mentioning our culinary exploits throughout the rest of my coverage. Simply imagine that it was always damn good. Refreshed, our route took us via Sorrento to Marina della Lobra to Piccolo Paradiso, our resting place for the night.

During the day, we moseyed down to Pisitano along the coastal road. After doing a cannonball at the rather full beach and a few mojitos later, we cruised through the tourist-stuffed Amalfi and found our bivouac in Minori and Maiori. Nice place. Rested, we drove to Paestum via Salerno with many short stops to enjoy the breath-taking view. There, we checked into the Hotel Royal, crème de la crème honeymoon accommodations. On the way there, of course, filming continued diligently to provide right moving footage for those who remained at home as well.

On the next to last day of our trip, we meandered down to Palinuro, chilled on the sand beach and munched on delicious buffalo mozzarella/prosciutto sandwiches made personally by Bruno Cancelliere. A dream. Then we jetted about 40 km back to Acciaroli taking an alternate route. Our guides own a small holiday home there and we had the pleasure of being able to enjoy a breath-taking sunset right at the sea.

Taking the motorway, the final day of our trip brought us back to our starting point. We unloaded the scooters and flew back home in high spirits. Toby and Andre deserve our greatest gratitude for their share. Ina self-sacrificing gesture, they both blasted through the approx. 1400 km back to Landsberg from seven in the evening until seven in the morning. Thanks, fellows. You’re the best!

In addition to Bruno, Giussepe and Matteo and the entire Cancelliere family, who accompanied us throughout the entire tour, took us in like ten prodigal sons. This level of genuine hospitality is truly refreshing and wonderful. Grazie a tutti per tutto!

Thank you, Amalfi coast. Fantastic backdrops and winding roads twisting like a large intestine. A dream for any cyclist. Summary: A great trip by our standards with a reasonable number of kilometres (around 1,000 km) and considering the rising numbers on the bathroom scales at the fault of the awesome fare. The aviation seal is now broken. Let’s see where 2017 takes us. Maybe Asia?

All pictures of our Roadtrip can be found on flickr: 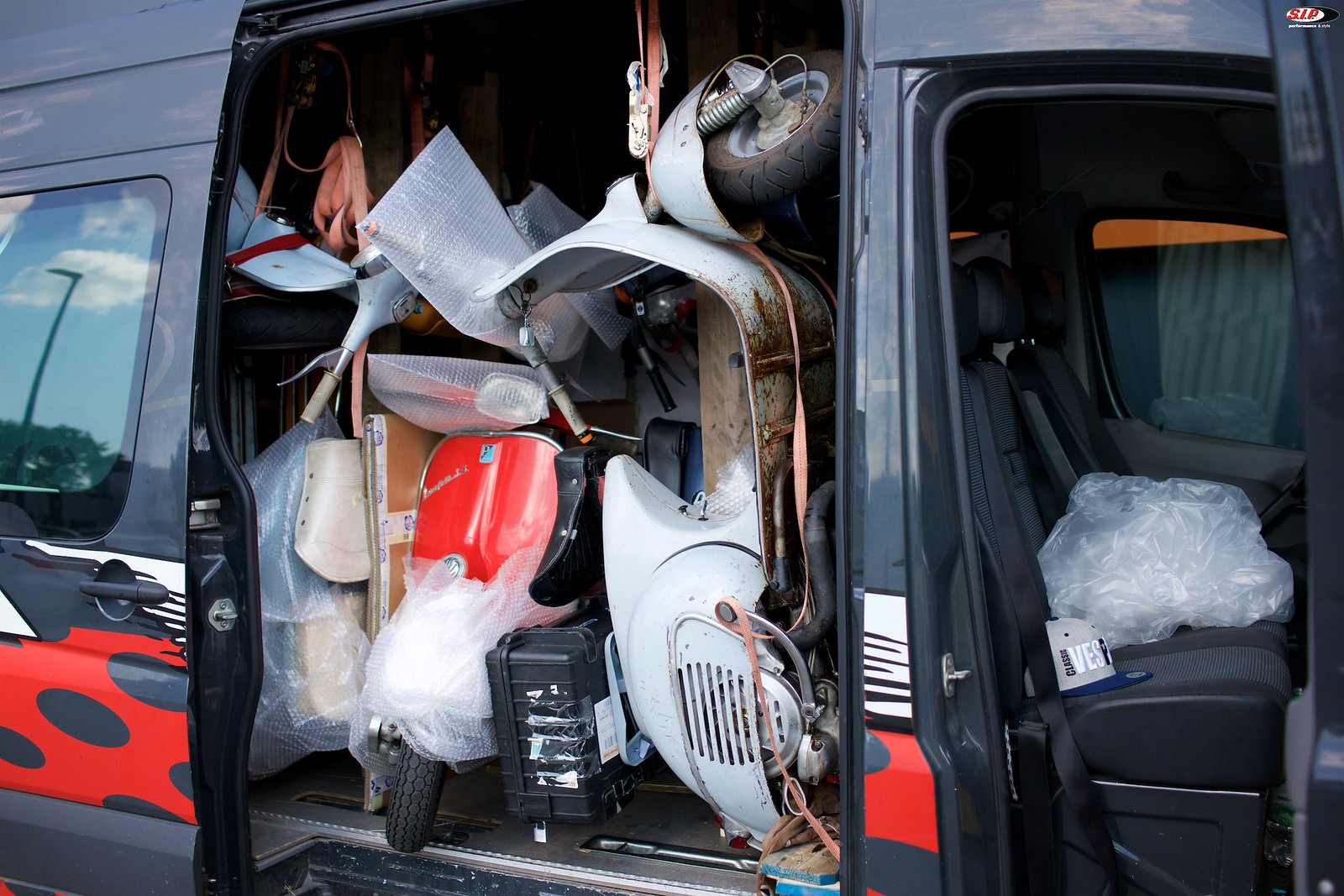