It is impossible to imagine Indian cities and villages without motor scooters. A major contribution to this has been made by Bajaj Auto Limited, a subdivision of the Bajaj Group, which brought licensed products from the Italian manufacturer Piaggio to the domestic market from 1959 to 1974. Rahul Bajaj headed the Bajaj Group from 1965 to 2021, making Bajaj Auto the world's most valuable two-wheeler manufacturer in 2020 with a market capitalization of $US13.6 billion. Rahul Bajaj passed away on February 12, 2022.

From Vespa to Chetak 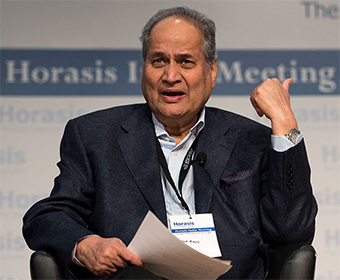 He was born on June 10, 1938, and was a grandson of the Indian freedom fighter Jamnalal Bajaj, a close associate of Mahatma Gandhi. Rahul Bajaj studied at Harvard Business School in the USA, among other places, and joined the Bajaj Group as company boss in 1965. At that time, Bajaj Auto was already producing Vespas under license from Piaggio. When the collaboration ended in 1974, the Bajaj Chetak scooter model, which had already been developed in 1972, continued the success story. The technology of the Vespa VBB models was adopted and the Chetak became the best-selling scooter in India. Production ended in 2009, and a four-stroke variant of the Chetak was launched in 2004, and since 2019 the name has been used for an electric scooter from the startup Yulu.

Rahul Bajaj received many honors in his lifetime, including the third highest civilian award in India in 2001: the Padma Bhushan. In 1985, he was India's "Businessman of the Year" and made the middle class of his home country mobile with the two- and three-wheelers of Bajaj Auto. Even today, millions of vehicles of this brand are on India's roads.

Rahul Bajaj leaves behind two sons and a daughter. Our thoughts and prayers are with his family.

We have for Bajaj Chetak models the most important spare parts always in stock, most fits from related Vespa models. Tires, seat, headlights, etc. From the manufacturer BAJAJ we even have some spare parts in stock. Here are the BAJAJ items we can supply.