If you think of 'St. Petersburg', the first things that spring to mind are Dostojevski, Winter Palace and the Rasputin murder case. Maybe Tsarist Empire, northermost metropolis or the former communist name 'Leningrad'. What you rather won't think of, are scooters or Vespas. And yet: After decades of a Vespa-diaspora, Russia now has two official Vespa Clubs. One in Moscow, one in St. Petersburg.

In june, there are the so called 'white nights' in the baltic seaport: the sun sets well after 10pm, just to rise again at 2am. In between, it's not dark either and the streets are crowded with people who are celebrating the short summer. Our long-standing customer Alexej Bulkin (president of the Vespa club of St. Petersburg and of the Vespa Club Russia) agreed to show us the city near the river Newa, so the three of us travelled there. Alexej and Stas (Stanislav) picked us up from the airport with a Wrangler Jeep (!) and on the way back, we were already able to get the first impressions of the pulsating city life.

The nostalgic search for statues of Lenin or hammer and sickle symbols is rather hard, because the city has been cleared out during the last 20 years. But some of the monumental buildings are still visible and their sheer size is very impressive. Our two city guides lead us right along the central city axis, the 'Newski Prospekt', and into a scene bar called 'Radiobaby' (where Vespafan and DJ Denis is spinning the records), hidden behind several backyards and thus 100% tourist-proof. The music is streamed live on the radiobaby channel. Denis, who is the drummer of the Ska band 'the Toasters', interviewed me about scooterists in Europe and a number of other vespa-related things (Check out the interview here: http://dl.dropbox.com/u/436364/Memo.mp3).

I also learned that there are ca. 100 Vespas/several hundred scooters in St. Petersburg and that it is difficult to import used scooters to Russia. The easiest way to import is via Japan, which obviously is anything but nearby. New Vespa scooters are about 25% more expensive that here in Germany and the Finnish importer (who is also responsible for Russia), decided against the sale of the new Vespa PX. 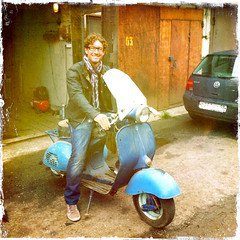 Considering these circumstances, you can assume that Sergej and his gang are attracted to the Vespa out of conviction and not because it is part of a fashion trend at the moment. We borrowed a couple of Vespas the nect day to cruise through the city an to the Baltic sea with a couple of club members. I was allowed to ride Stas' ET3, which is equipped with a PX200 engine and lots of SIP tuning parts. It's also bautifully painted in an extravagant airbrush design and would supposedly cause quite an uproar at European scooter runs.

If you leave the center of St. Petersburg, you drive through endless apartment building areas. It's incredible how many people live in the suburbs of the town. 40km away from the city is the beach with a beautiful view over the Gulf of Finland. We stopped at a trendy beach bar, ideal for chilling, and enjoyed the unique sunlight of the northern sunset - at 11pm. On another occasion, we went to Stas' own 'Kult Bar'. The whole location is designed in Vespa style with glass tables that sit on 2 Vespa tires, and a vespa lever above the table (that sounds a horn), which you pull, if you want the waitress to come. Loving decor, posters, signs - definitely the coolest Vespa bar, I've ever seen.

We drove through the city once again, the next day to see the most important sights. For me, one of them was an old shed in one of the suburbs, the parking place of a complete 1961 Vjatka. Following an order of Chrustschow, the Vespa GS150 was rebuilt under the name 'Vjatka VP 150'. Anton was already waiting, when we arrived and showed me the quaint vehicle. Thick wheelbarrow tires, everything just a little bigger, ***sheet metal like a tank. But the engine, tells Anton, is largely identical to the Italian GS engine, which means that most of the spare parts should fit without a problem. As this Vjatka used to stand in the dry/hot region of Vladikavkaz (Czech Republic) there is zero rust on it. Alexej promised his help to get the scooter to Landsberg. If that works, you can look at it in the SIP Shop's exhibition area in the future.

We also had the chance to meet some other key persons of St. Petersburg's Vespa scene. Among them Olga Boyarinova (Haute Couture fashion designer and Vespa pilot), with whom we had a great time. Of course also Alexej's shop, with accessories and tuning parts for vespas and scooters.

The beautiful city and - even more - the hospitality of the people in St. Petersburg have left a lasting impression on us!

More pictures of our trip to St. Petersburg: 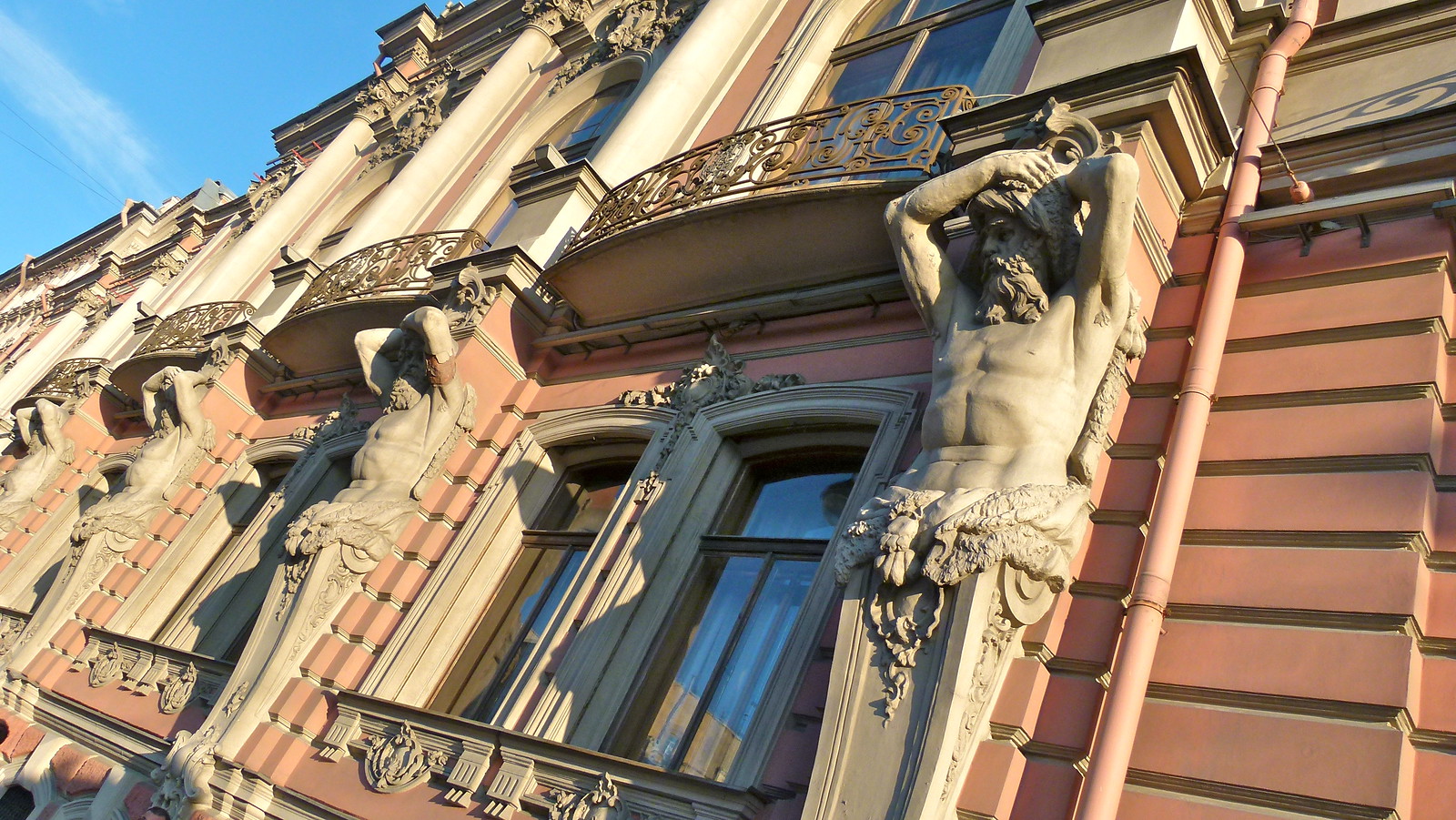