A custom Vespa in NASCAR style

This project is our respect to Richard Petty, nicknamed "The King", is an American former stock car racing driver who raced from 1958 to 1992 in the former NASCAR, most notably driving the No. 43 Plymouth/Pontiac for Petty Enterprises. He was the first driver to win the Cup Series championship seven times, also winning a record 200 races during his career.

The Petty's team corporate colors are adapted for the Vespa GTV by our workshop. Killer paintwork by "octopus art aerografia". No stickers were used, everything is hand painted.

The owner of the scooter is our friend Andrey, a famous dance teacher from St. Petersburg and a fan of the Vespa brand. He already has several scooters in his collection, including a project from our workshop. 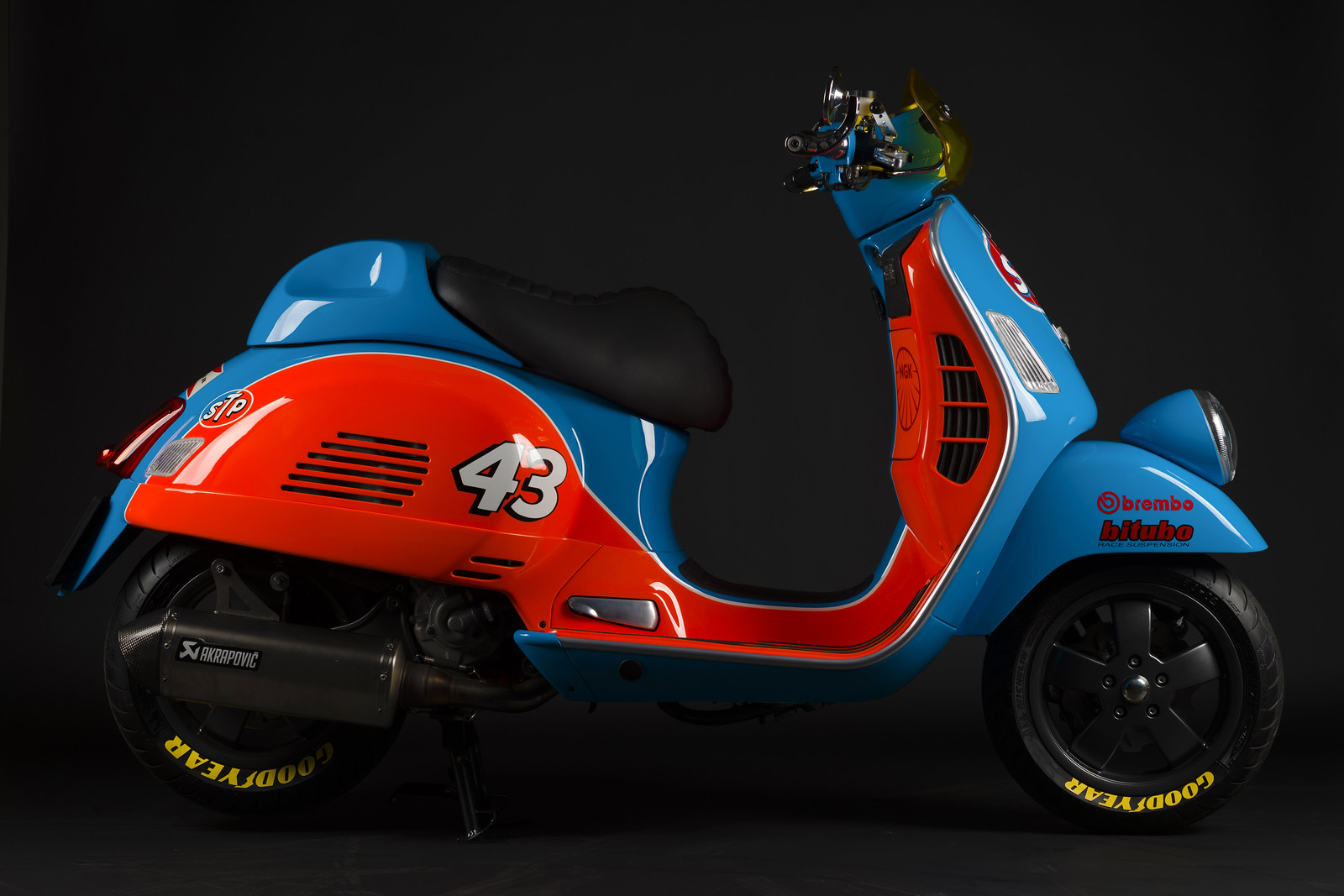