The end-of-season-rideout of the "Rollerkö" Scooter gang in Augsburg (Germany) heralds the end of the Vespa and scooter season for Swabia and Bavaria every year sometime in October. On the one hand, it was a shame, but after two Vespa seasons with practically no meetings and events, we finally had another real presence event without major Corona restrictions.

Despite cool temperatures, numerous scooter riders from the region decided to set off in the morning to finally meet other scooter enthusiasts again, not only in forums and online, but live and in real life. More than 250 participants took part in this year's Abrollern in Augsburg, which, according to the organisers of Rollerkö, is probably one of the best-attended events ever. By the way, for most of the participants the Abrollern in Augsburg is called Abgoggln - the destination is the inn "Zum Grünen Baum" in Premach, famous for its chicken and chips.

But first the meeting point was the old "Rollerkö Treff" in front of the former Salamander shoe shop, which has been a McDonalds for a few years now. Beautifully situated in the middle of Augsburg's city centre, on Königsplatz. In the best autumn weather and by now almost pleasant temperatures, we set off after 12 o'clock, heading west towards the B300. As every year, we stopped at a car park on the main road, so that all the groups, separated by traffic lights, could gather again and we had another chance to talk about petrol. 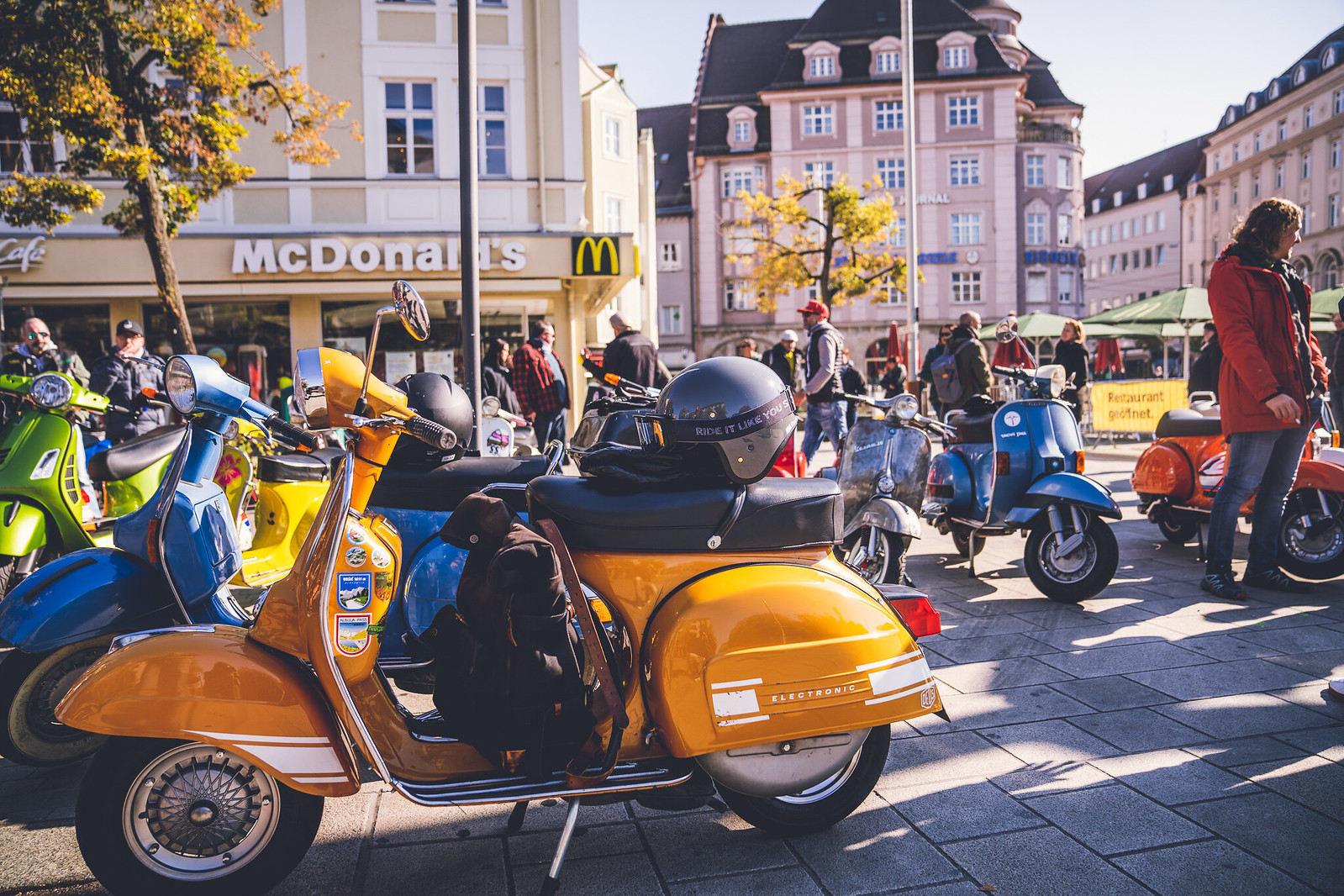 We continued through the Stauden, Augsburg's western forests. A beautiful hilly route through woods, meadows and villages, very varied and at the forced pace of the group also not for sleepyheads. The destination and meeting point at the end of the tour was the grillen chicken restaurant Premach, the "Grüner Baum" inn. In the beautiful beer garden we could enjoy the freshly grilled chicken in the sun.
Thanks to the guys from "Rollerkö" for organising this beautiful traditional event. See you again for the Season Kick-off 2022, sometime in April next year!