In January, our customer Frank called me and said that he would like to organise another Faro Basso Vespa Rally. That's a good idea, I told him, and agreed to take part straight away.
Frank had already organised such a rally in 2017 and this year's event was to be a revival of the beautiful tour. Those who know Frank's events know that his attention to detail is second to none. His family team did not overlook even the smallest detail this time. On Friday evening, the first participants met for a visit to Motorworld and dinner at an Italian restaurant.
On Saturday morning, the technical inspection of the participants' Vespas and the distribution of the beautiful bags for the participants took place very early. And of course a Bavarian Weisswurst breakfast. From 9 a.m. onwards, we started and rode according to the road book, without technical navigation aids. A wonderfully nostalgic scavenger hunt for the child-headed Vespisti. The first stop was the Motorworld in Munich with a coffee stop directly in the hallowed halls.

Thus fortified, we continued through the centre of Munich, past the Siegestor, down Leopoldstraße, across Karolinenplatz towards the south, to Grünwald. Along Lake Starnberg into the foothills of the Bavarian Alps with wonderful small, hilly roads - just made for the old little Vespas. The ride along the Caribbean-coloured Easter Lakes to the Staffelsee lake in Uffing was a delight. Here we stopped for lunch in the beer garden of the Seeblick restaurant.

Well fortified and of course after a lot of petrol and shop talk, and some little repairs, we continued through Peißenberg and the wonderful Wessobrunn into the picturesque Pfaffenwinkel. Through Rott into the district of Landsberg, known for its baroque and rococo jewels and for the SIP Scootershop located there. Along the Ammersee to Inning and from there on the Direttissima back to the start. The aim of each rider was to hit his personal start-finish-time exactly, many succeeded quite well, others had to push the last metres to the finish, some did not arrive at all. But the main thing was the fun of riding, the fellowship and of course mutual support and help in case of one or the other breakdown.

In the evening, everyone met again for the convivial prize-giving ceremony and dinner at Ristorante Freetz. A pleasant end to a wonderful Vespa day. 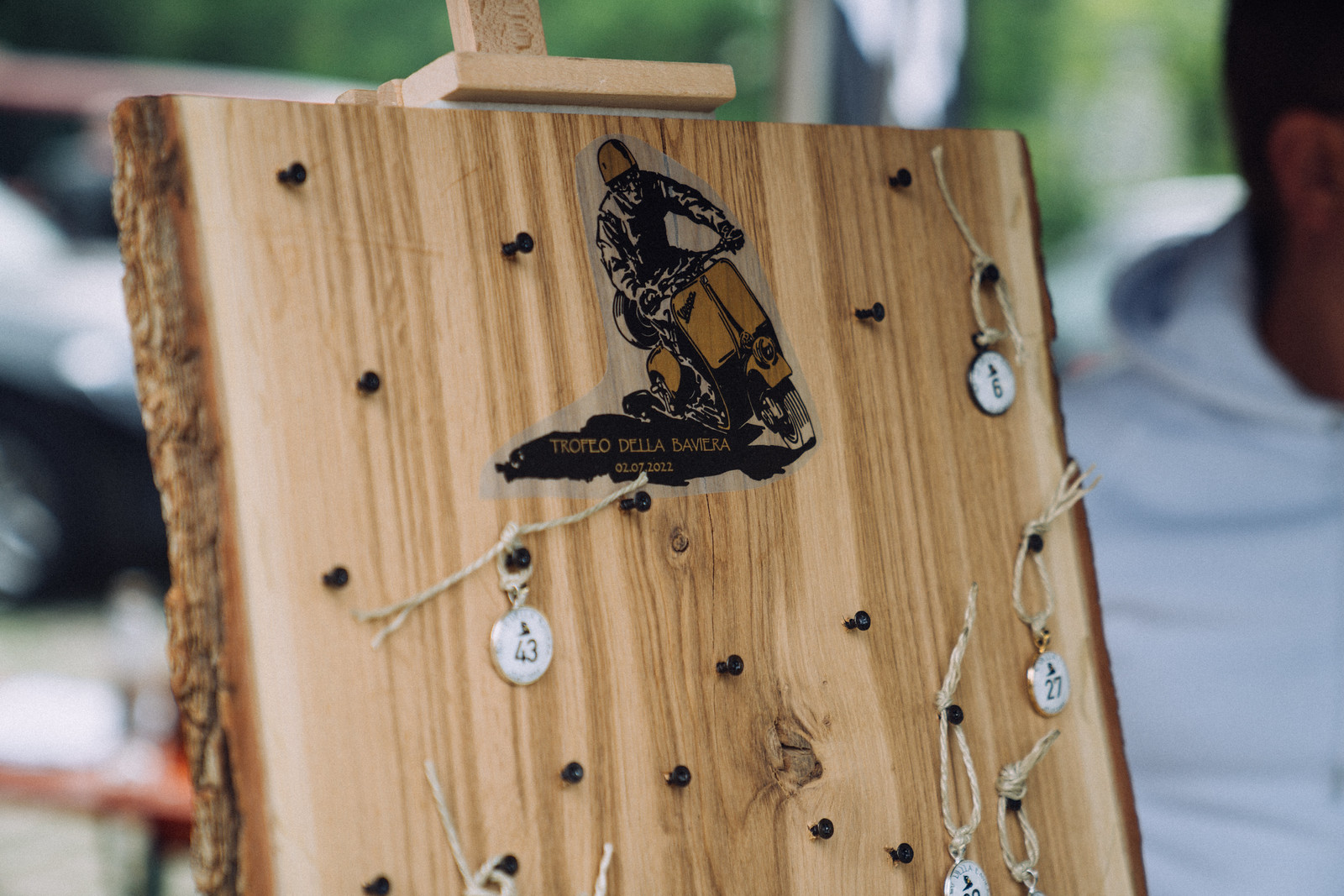