Isn't the high summer beautiful? We currently find ourselves in a period of low pressure somewhere over the Atlantic and an area of high pressure over the whole of central Europe which is continuously feeding warm Sahara air over to us in Bavaria a little like a giant rotor blade. Let's hope it stays this way for months. Now that summer has finally arrived, those who were complaining about the non-stop rain just two weeks ago and wanted to up sticks for somewhere warmer are now moaning about the excessive heat. I, however, am of the opinion that this kind of weather should simply be enjoyed to the absolute max. I happen to love the shimmering air, splashing around in the open air swimming pool or lake, the evening barbecues, the sweaty T-shirts and even the motorway road rage! And those who took part in this year's Joyride agree with me. Dressed for the hot weather, a colourful group gathered outside the headquarters of SIP in Landsberg (it's actually the last time we will be meeting here), and headed for the shade offered by our somewhat neglected-looking maple trees. An apparently never-ending line of old motor scooters and Vespas eventually made its way through Landsberg old town before coming to a stop in front of the local police station thanks to all of the Saturday traffic. One of the police officers on duty, no doubt in a good mood because of the aforementioned weather conditions, took a look through the window before surveying the situation with a big smile and waving the 2-cylinder flash mob on its way.

The two-wheel army which had come together as if out of nowhere then sped along through the searing heat of the alpine uplands of Bavaria to its first stop: Armin's superb gas station. The contents of the ice cream cabinet and fridge were quickly emptied, and it was time to find somewhere shady for a while. Armin doesn't really care for the local plant life, but he has some nice old sun shades. Where does he get all of his great old stuff from?

At this point a brief note is due: at both stops, some of those on the rally begin to get a little restless after a quarter of an hour or so, and start asking questions like "when are we setting off again?" Yet the hosts at our stopovers often put a lot of work into preparing for our visits, sometimes days in advance, have to make an early start, and really look forward to seeing us. In recognition of all this hard work alone, I think most would agree that it is rude not to stay for less than three quarters of an hour, otherwise it looks like we are selling our hosts a little short. In need of the positive effects of the cooling driving wind on such a hot day, we set off towards Herrsching via the town of Inning am Ammersee, stopping off at K68, Klaus's place, for a great cup of coffee. Klaus and his team are due a round of applause here: they manage to resist the Zimmer frames in the quiet retirement town of Herrsching, where he offers relaxed gastronomy in superb quality with any amount of love and dedication, a little like a French village resisting the Roman army! Along with his K68, Klaus heads down to the lakeside on Sundays with his mobile coffee shop. Klaus fed the hungry mouths with food from two barbecues, and his superbly stocked ice cream cabinet ensured those who had missed out at Armin's place didn't miss out a second time.

This stopover was followed by a scenic ride around the lake via Wartaweil and Dießen to Utting and the restaurant Pinello, a simple Italian place where tourists, locals and even film stars all hang out together. This Saturday evening, however, it was mostly scooter drivers who were hanging out - and that includes Robert Pinello himself.

Many thanks to all of the 219 participants we counted in Greifenberg, everything went well without any major glitches, and thanks again to those who hosted us at our stopovers, without which the Joyride would have been more of a grinding, non-stop journey! We had a party once again!

If anyone wants a Joyride T-shirt, there are still some available both in our shop and in our online shop:

Pictures from the SIP Joyride can be found on flickr: 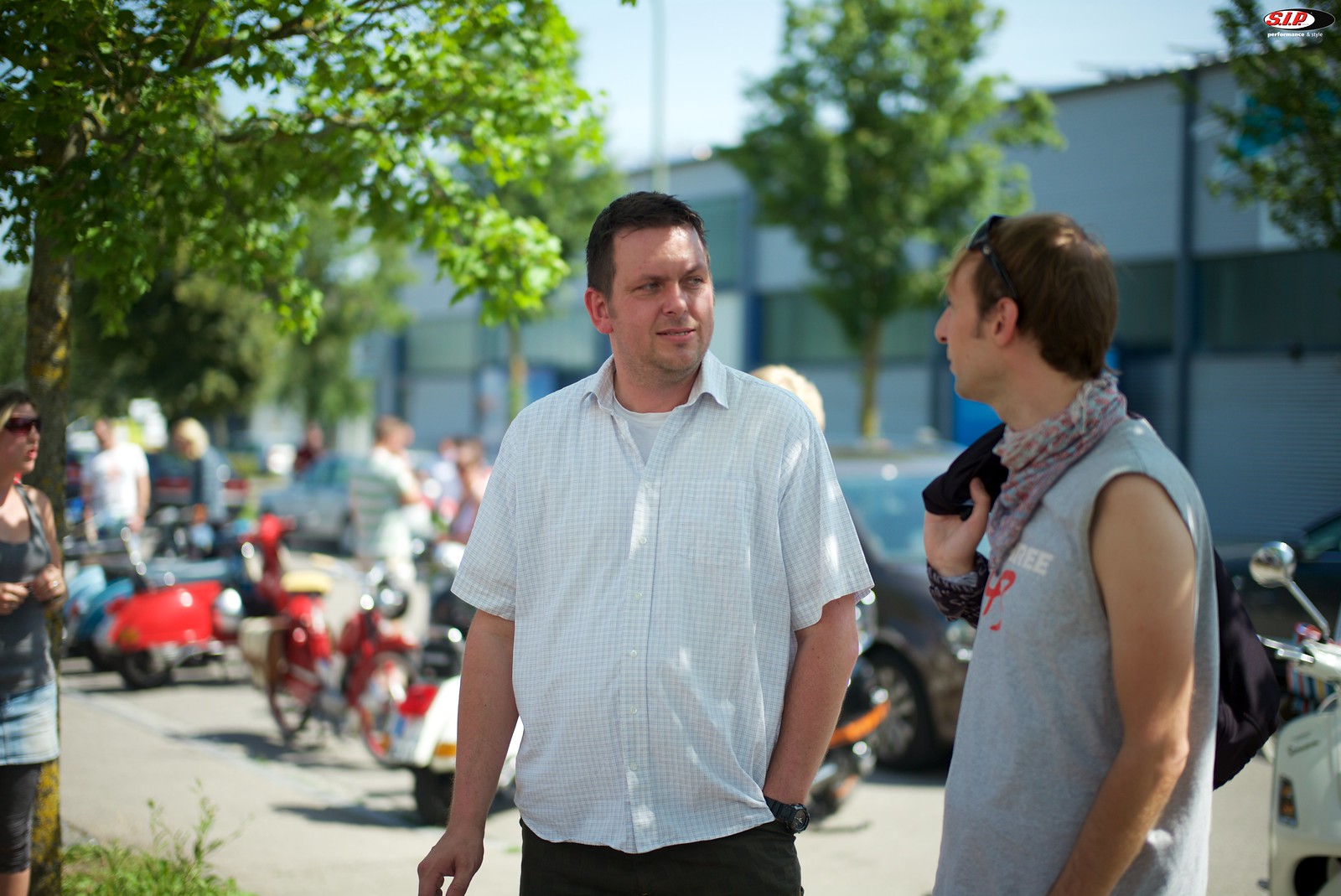 And here is our SIP TV Video. Subscribe to our channel: http://www.youtube.com/scootershop