Fender light feeling: as early as in January our customer Frank told me that he wanted to organize a fender light Vespa rally. He had already been at many events over the last few years, he liked a lot of things, some details he did not like as much and he would like to organize a rideout where everything would be perfect from his point of view. And so the planning went off and so much as early as now: his first meeting, the "Trofeo della Baviera" was exceptionally well organized! About 80 Wideframe Vespas met early at 7:30am in the north of Munich, and there was breakfast, a lovingly hand-sewn goodie bag with a nice T-Shirt and much more for everyone. The participants started in 30 seconds distance and the roadbook had all the navigation turns. Most drivers did this tour in small groups and so the scavenger hunt went through the heart of Munich out to Starnberger See.

Here again an extra praise to Frank is due, the scenic route through the smallest streets, groves, along the river Isar through the Bavarian alpine upland was indeed phenomenally beautiful! Short photo-stop at the lake and further on to the checkpoint with lunch-time in Murnau on the beautiful Staffelsee with great mountain scenery. Also the return was a pure pleasure trip, across the picturesque Pfaffenwinkel past the Hohen Peissenberg and on the west bank of the Ammersee back to Unterschleißheim.

Instead of going for victory, we had an ice cream in the munich old town and cruised along the impressive Leopoldstrasse. Back at the start there was much to talk about at the dinner with the awards for the winners.

As it is, Frank wants to do a rally again next year, one should be fast at the registration. 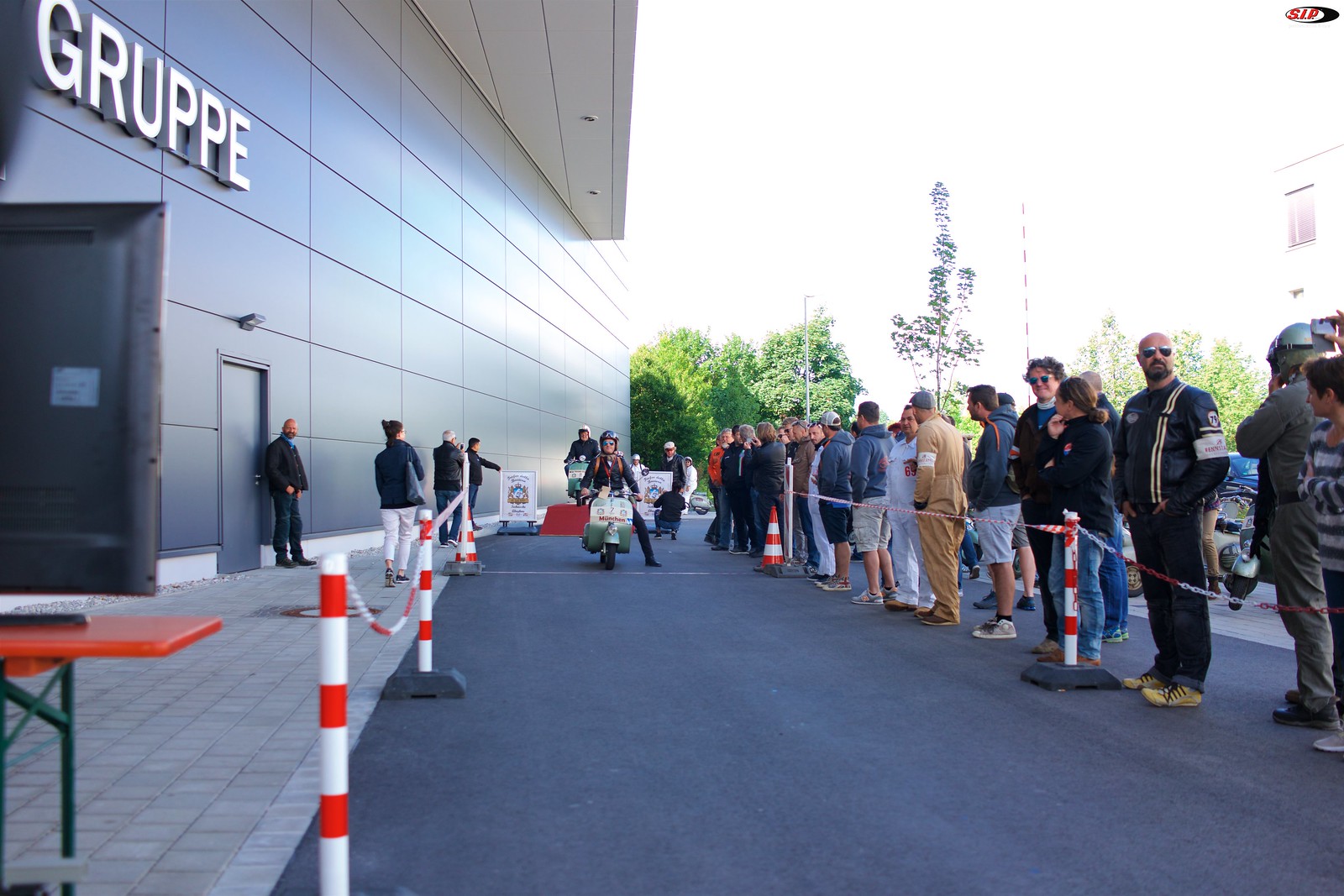 Here is our short SIP TV Clip from the Vespa Wide Frame rideout: