The colorful sculptures of Stefan Rohrer are probably unique in the art world. He uses car bodies, model cars and again and again scooters. He turns them into fascinating and unmistakable works of art in months of work. Elegantly curved, with crazy swirls and full of color. Art historian Sebastian Steinhäußer wrote in an essay about the objects: "They captivate our gaze. Involuntarily, we follow the intricate trajectories that Rohrer's cars and two-wheelers take, we are tossed around in our imagination and jolted as if on a roller coaster, that we almost lose our breath."

Stefan Rohrer was born in Göppingen in 1968 and after school trained as a stonemason, graduating as a master craftsman in 1998. This was followed by studies at the Burg Art Academy in Halle (Saale) and the State Academy of Fine Arts in Stuttgart until 2006. He opened his studio in the hometown of Daimler and Porsche in 2004 and his closeness to automobiles has existed since childhood. His dream was to become a car designer and he is now fulfilling that desire with his sculptures, albeit in a slightly different way.

"As a trained stonemason, I am used to working with tools, but I taught myself to work with sheet metal and other metals as a self-taught artist," the artist tells us on the phone. "For the old Vespas, I just have a passion because they are so beautiful. Unfortunately, they're hard to find." First, he makes a 1:10 model of the planned work of art before venturing into the large model. Up to 100 meters of welding are needed to deform a scooter to fit his vision. And he does everything himself: Welding, polishing, filling and painting. Months pass before the object is finally on display in his studio or at an art exhibition.

His initial models are usually found objects or gifts from people who would like to see the material modified. "I also have a project with a Vespa in mind, and a PX 80 is still waiting in my garage to be converted," says Stefan Rohrer full of beans. When exactly he will have worked on the iconic two-wheeler, however, he cannot say, he continues. Can he make a living from his art? "I'm not going to get rich from it, but I get by just fine," he explains and laughs. His artworks can currently be seen until April 24 in the exhibition "Speed Lines" in the Museum Kleihues-Bau in Kornwestheim. Anyone seriously interested in one of the objects can contact the Scheffel Gallery in Bad Homburg, which represents Stefan Rohrer. In the front garden at home, a twisted scooter should definitely cause a stir. 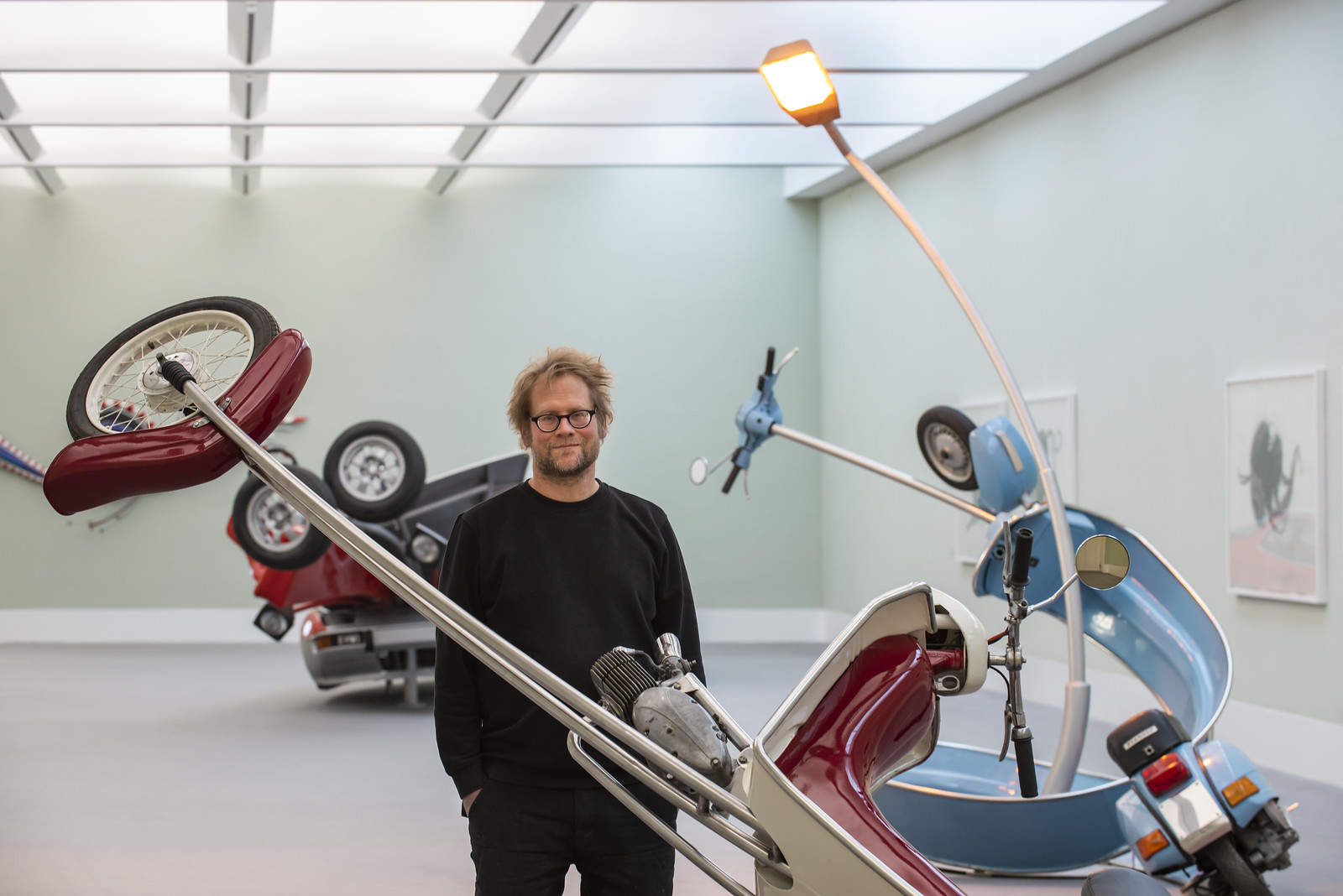