Does it need to be mentioned that this popular event had to be cancelled in the last two years because of the pandemic? Probably not, because that's how it was everywhere. But the anticipation was all the greater when the announcement came in April this year that Lakescooters SC was finally inviting people back to the quarter-mile acceleration race of the "Deutsche Blechroller Meisterschaft" (DBM). And SIP racers André, Jesco and Nico didn't have to think twice: they wouldn't miss the traditional scooter meeting and the DBM season opener.

On 04 June, they set off for Lake Constance, more precisely: to Wahlwies near Stockach. Although the event was one day shorter than usual, the riders were allowed to arrive already on Saturday evening to take care of all logistical and organisational necessities. And because a tight programme was planned for Sunday, 5 June, they went to bed early and relatively sober.

After the obligatory drivers' meeting in the morning, training and qualification were allowed. The DBM has made some changes this year to make it more attractive and varied: In qualifying, everyone is now allowed to ride as often as they want. In the end, it is simply the best time achieved on the "quarter mile" (150 m) that counts. Different classes can also compete against each other at will, which increases the attraction for the spectators. Nico, who is active in the DBM committee, explains: "In the past, it sometimes happened that someone hardly had any track time because of technical problems. Some drivers travelled hundreds of kilometres and then spent 20 seconds on the track. That is over now. Qualifying is now much more interesting, lasts much longer and in the end only the top four race for the win in their respective class."

Test of courage in the rain

It is hard to say what the weather god think of the new regulations, but he opened his floodgates right on time, so that the qualifying in the Singen industrial area also became a test of courage for the 30 or so starters, which not everyone took on. It poured like crazy for hours. Phillipe Mittelberger from Bregenz was the only one to break the 7-second mark in the rain: 6.9! As a punishment, he had to repair the carburettor and water pump afterwards. Would he even be able to compete in the finals?

Jesco also struggled with technical problems in the Pro Sport class 4, Nico drove his legendary "FlaminGo" in the 200cc class and even dared to ride the 60+ hp machine that Christoph Cramer from "Kingwelle" had brought to the start under the meaningful name "Menschenkatapult" (Human catapult) in the disc valve class 5. The first few metres were more reminiscent of a rodeo, but then Nico had the scooter under control. By the way, André drove the second best time with his racer in these adverse conditions.

Just in time for the final runs, the weather god turned off the water tap. After the asphalt had dried, it was time for the decisions: Jesco had to settle for 4th place in the open class on this day. Problems with the clutch. Nico even raced his bird, a relic from the former 177cc class, to third place in the 200cc class. With the "catapult" he came second in the disc valves. André was runner-up in both his classes and had to admit defeat to only one man: the Austrian Phillipe Mittelberger. With seemingly magical powers, he had got his racer going again and showed his rear wheel to the competition. We congratulate him on all the victories and "Best of All". A mature performance. 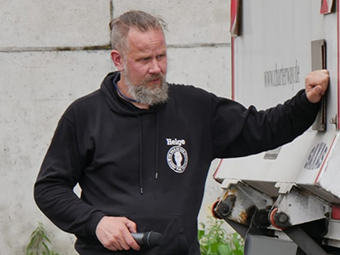 No sooner had the champagne been sprayed and the trophies handed over we were off in the direction of the Eschenbühlhütte. While the sun disappeared blood-red behind the horizon, people ate, drank, talked and danced. DJ Phil Webster, DJ Bumera and DJ Maximilian provided the appropriate soundtrack. And when the Stockach anthem "Tausend Jahre sind ein Tag" (A thousand years is a day) by Udo Jürgens sounded around midnight, many a hardy racer had to shed a tear.

Nico looks back wistfully: "What a wonderful race! But my special thanks go to Helge Wiese from DBM, who always fought for this day. He never let himself be distracted from his goal. And as a moderator, he also guided us expertly and lovingly through the day. Without Helge, Stockach would not have taken place."

André would like to echo this: "You go home inspired by this weekend. It was unforgettable and even the longest journey is worth it every year. In my eyes, it's the most beautiful scooter meeting in Germany."

"It's just awesome to meet the riders from all over the republic," Nico concludes, "because they're not just competitors, they're friends. They are people who are close to you and with whom you would like to spend time." 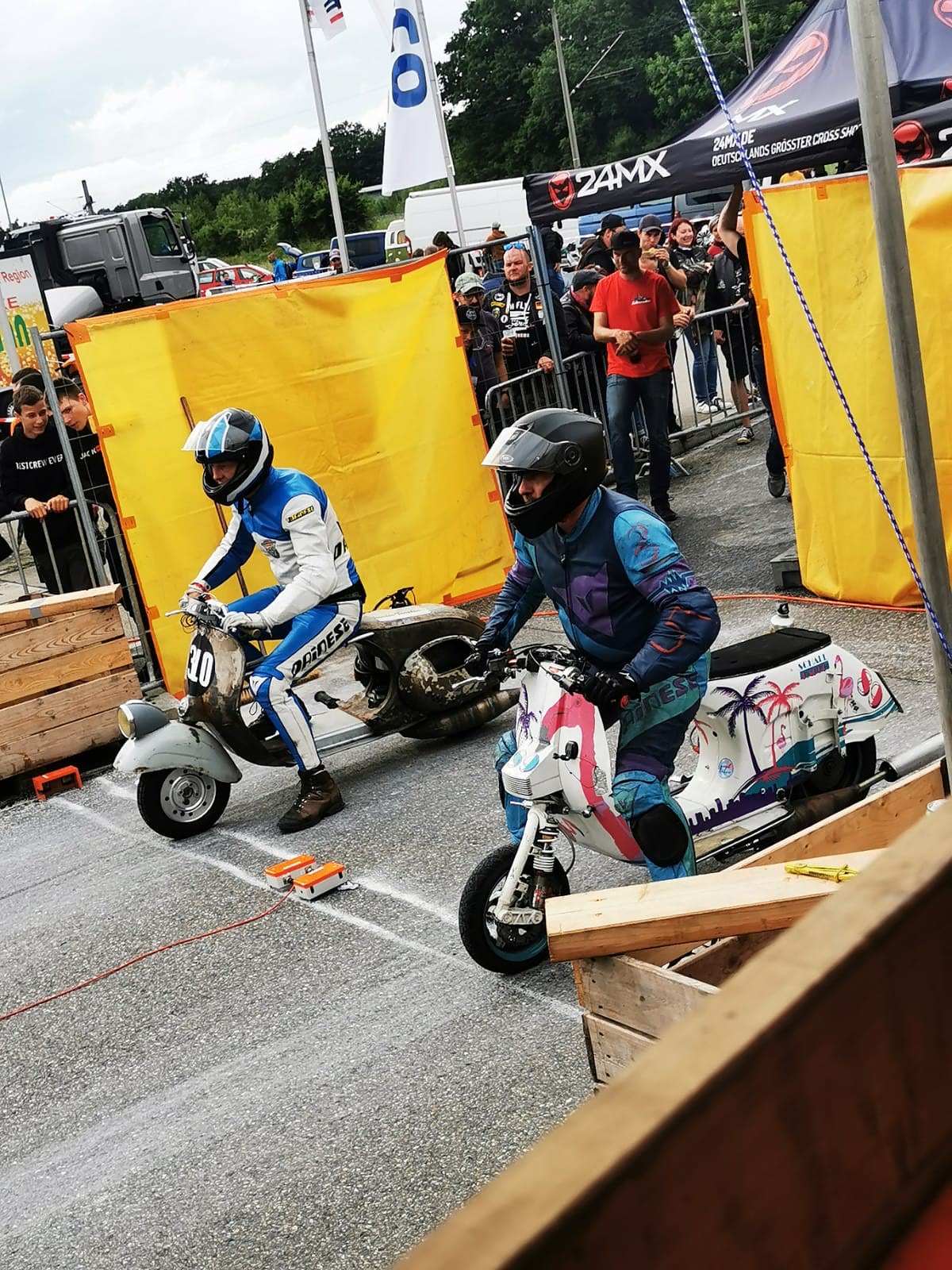