When you first meet Nic Nagel, you don't think of Vespa scooters, scooter boys or mods. Nor does the coolly styled world of an advertising agency with minimalist desks come to mind. Visually, V8 engines, pinstriping and rock 'n' roll dominate the area. His style is inspired by American subcultures, especially those of the 50s. Without committing himself too dogmatically to one direction, because that would be too boring for him.

So why are we introducing Nic to you here? In our series on the "Sexiest Vespa Workshops"? And why are we standing in front of an advertising agency in an idyllic Alpine panorama?

It's mainly because Nic is a man of many talents. We meet him at his advertising agency in Garmisch-Patenkirchen. A town that lies in a valley basin between the Zugspitze and Wetterstein mountains, one of the most beautiful Alpine locations in Germany. This is where Nic is at home and where he grew up.

When you enter the building, there is little in the typical look of an advertising agency. There is something to discover on every square inch. There is hardly an object that has not been creatively worked on or painted by Nic. In every corner, in every possible place, there are devotional objects from various subcultures or art movements. Mostly from the North American area. Pop art, 50s to 80s rock to punk, to many expressions of hip-hop culture. You don't even know where to look first. Only the Vespa combines Italian design and dolce vita with the English subcultures of mods and scooterboys. Of course, it is also present in the agency's premises. As a drawing, as a model converted to a custom object and of course as a real scooter. Of course, in Nagel style with fancy paint and rebuilt frame.

How does this mixture come about? Nic started as a Vespa mechanic. In his spare time he discovered his passion for the Vespa in the late 80s and already as a teenager he rebuilt and tuned it extensively. At that time he completed an apprenticeship as a screen printer and typeface painter. This was followed by various positions as a freelance graphic designer, until he returned to his home country in 2001 and founded the Nagel advertising agency. His passion for Vespa and wrenching has always accompanied him during this time. Later, motorcycles and American cars from the 50s (and earlier) were added. 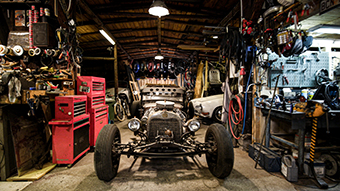 And now we finally come to the workshop! In order to be able to further realize custom projects, also for customers, besides the agency, Nic opened a workshop in Garmisch-Patenkirchen: Nagel Motors. Here scooters and motorcycles are worked on. However, Nagel Motors is no ordinary workshop for the annual oil change. The focus is on conversions and superstructures of two-wheelers. The more creative, the better. But high-quality restorations are also carried out here.

But that's not all: Nic Nagel doesn't just have a workshop. For his own projects, he has his own realm, somewhat off the beaten track and with a view of the mountains, where he can relax after work and pursue his custom projects in peace and without distraction. Here, too, you'll find mostly Vespas. Cutdowns, oldies, racers - all types are represented. The second focus is on American cars. A homemade hot rod from the 30s immediately catches the eye. Deep, rusty and equipped with an approx. 300 hp big block. Next to it technical collectibles from all eras and parts of the world. Of course everything in the Nagel style. Always creatively painted, pinstript, rewelded or tuned.

After a day in beautiful Garmisch, I know why I found one of the sexiest Vespa workshops in the country here. The realm of Nic Nagel is much more than that. His diverse talents make a visit to his workshop or his agency an experience with impressions galore. The nice thing about it: Nic is not an advertiser who spends his money on classic cars on the side. He is a craftsman and mechanic who can also run a large and successful advertising agency. 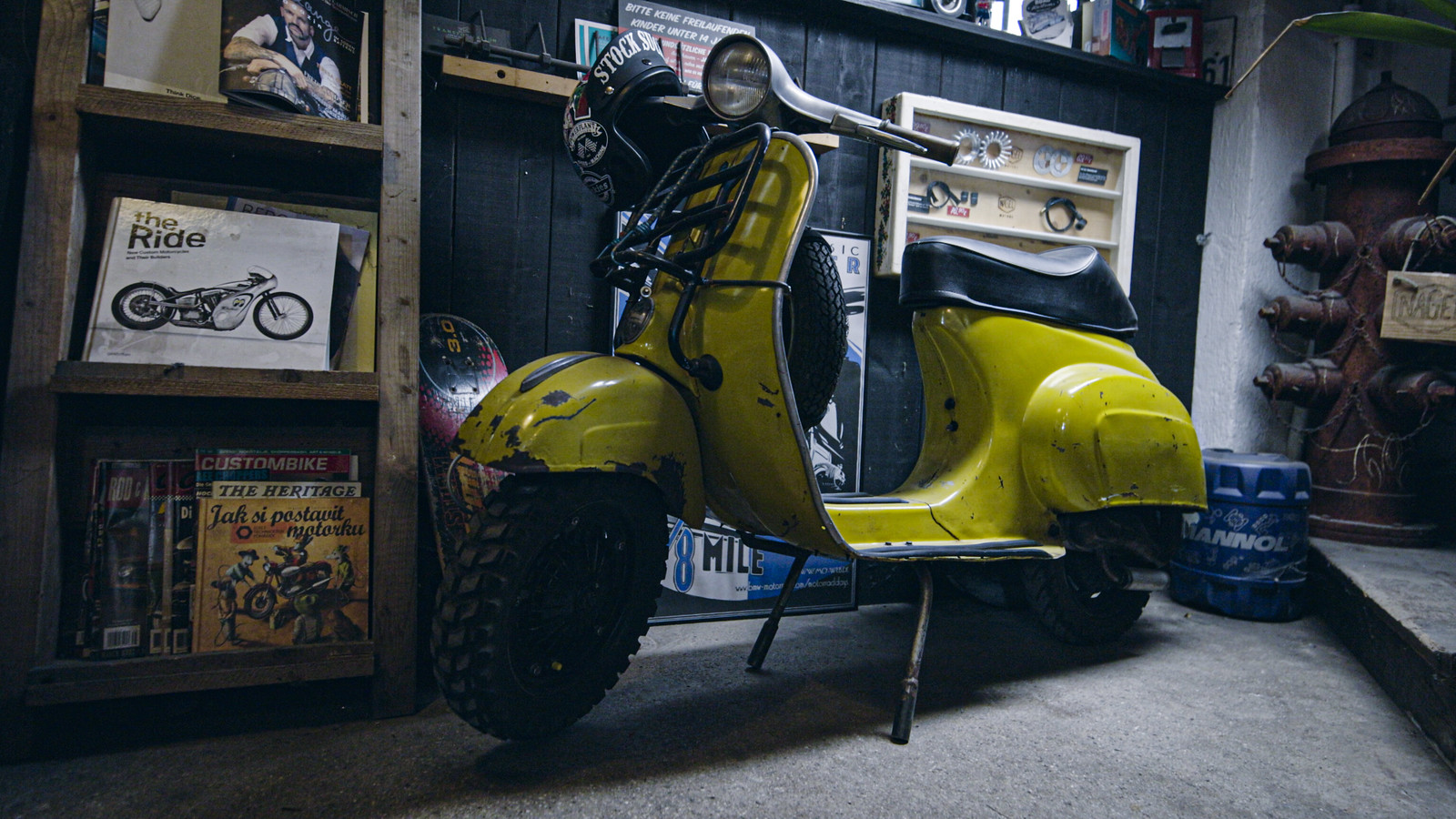