Regrettably, there were two unfortunate incidents. Julian Junginger lost control of his scooter just after the start and crashed, and had to be treated in hospital. Luckily, he was back on the racing circuit by the end of the day though. The day also saw something of an unusual incident that has never been seen before in this racing series. A resident in the industrial area felt upset by the race while drinking coffee and ended up spraying water over the braking zone on the racing circuit. The surprised drivers were luckily able to respond in good time, however, and avoided an accident or injuries at speeds of more than 100 km/h. Although the race had to be interrupted,

it failed to put a damper on the day’s great atmosphere. In the evening, the drivers, visitors and helpers got together in the town centre and celebrated the race and the company anniversary at a Soul Night. A little tired, but with new contacts and friends, the drivers parted ways over the Alps. 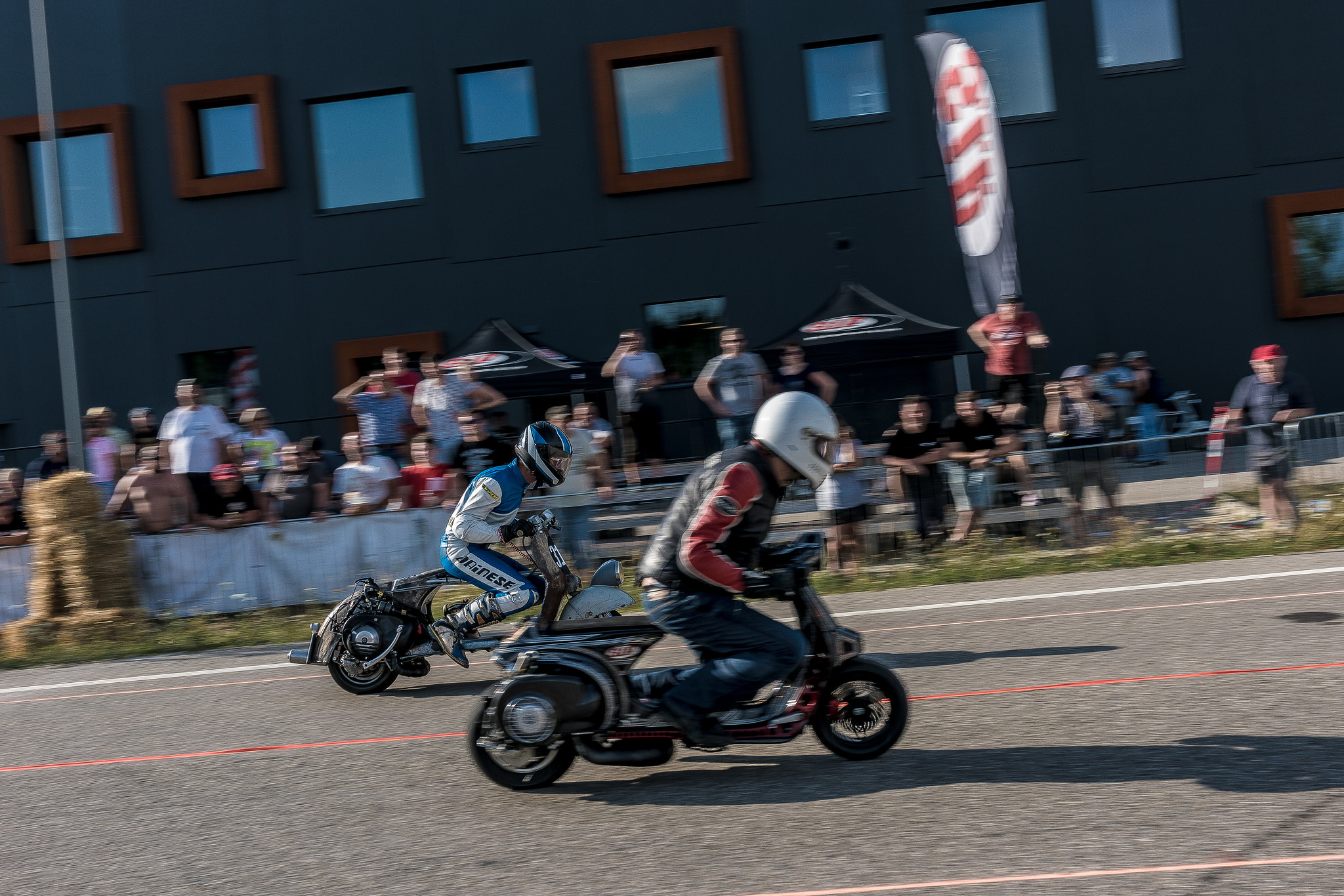 Here you can watch the SIP TV Video of this year´s race: