For the third time, a Vespa Corso across Schwabing opened the Munich Vespa season 2017! The rattle and hum of the Vespas returned to Italy's northernmost city. Under the motto "the true Ascension", Pastor Dr. Friedemann Steck organised this event which this year attracted 473 participants counted by the police.

"Every year in the run-up to the summer season, we get together to open the new Vespa season with a parade along Leopoldstraße. It is exhilarating to be on the wide street with a large Vespa community, from Münchener Freiheit towards Siegestor and on between the Roman fountains, where Munich becomes Italian ... Rattling passion, the true ascension. In 2014 there were 13 Vesps, in 2016 there were 280. A devotion is about the passion of two-wheeler riders, about gratitude and prayer for freedom from accidents and for fairness on the road."

At the beginning, the organiser and Protestant pastor spoke entertaining and witty words of devotion, the Italian jazz saxophonist Enrico Sartori and the tenor Wolfgang Antesberger (choir of the State Opera), accompanied by the accordion orchestra Binario XI, provided the Mediterranean musical setting.

The route of the parade, which was escorted by the police, led along Leopoldstraße past the Siegestor into Theresienstraße and Türkenstraße to the final stop at Friedenstraße. There, in the courtyard of the Protestant student community, there was a barbecue and picnic where the nostalgic Vesps could be admired.

An extremely charming and, despite the now large number of participants, informal event under a beautiful white-blue sky! The participants came from as far away as Frankfurt.

Further information: https://vespacorsomuenchen.org/. More pictures of the Corso are available on flickr. 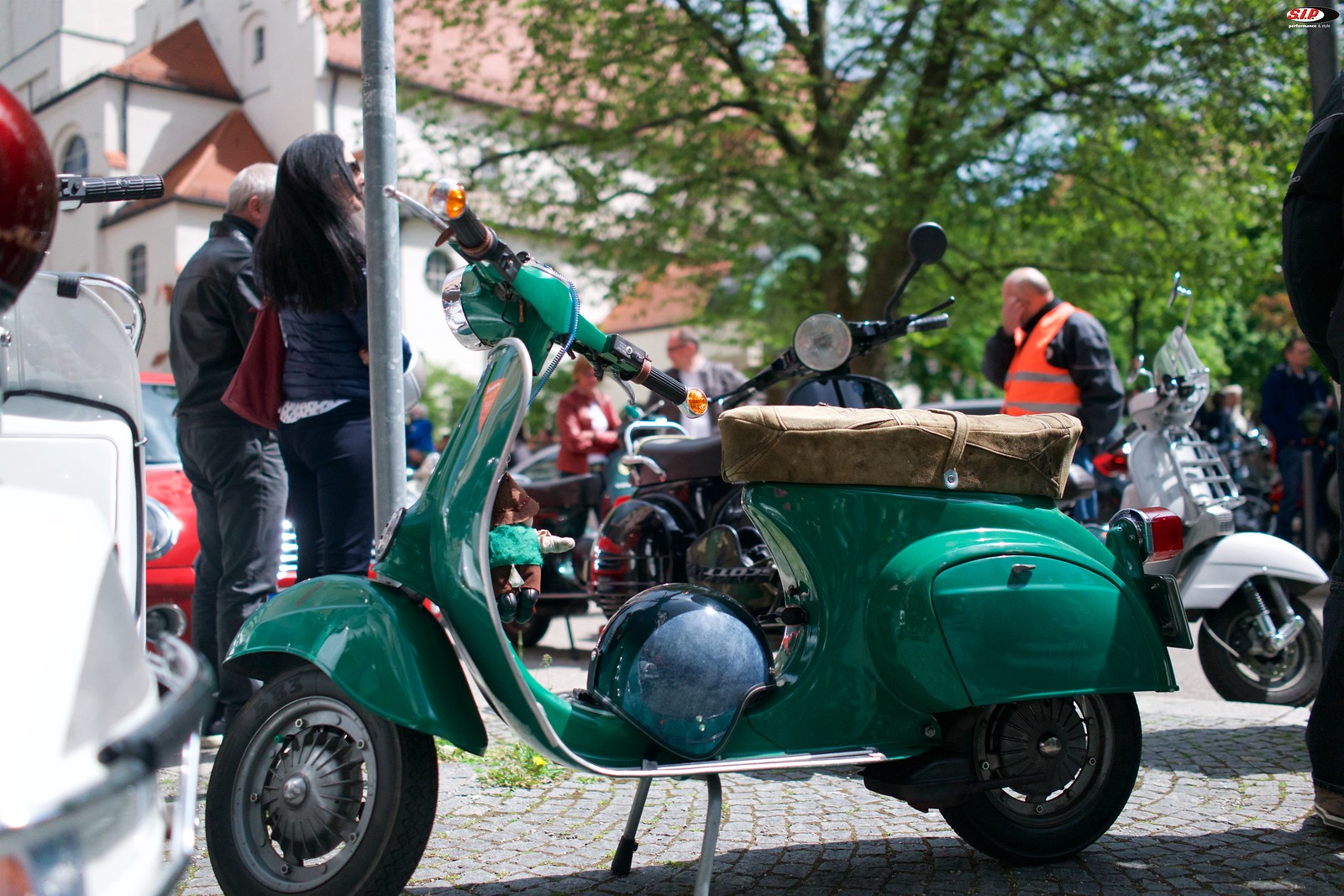