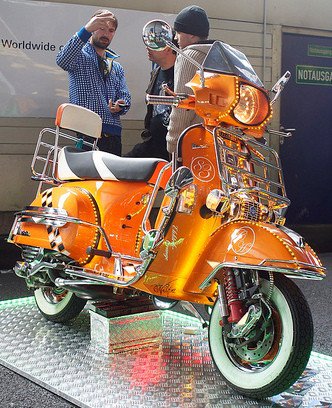 Usually it's us, who load their van each year to visit a custom show. Be it in Ried, in Antwerp or in Bridlington. But when the news reached us that there would be no custom show in Munich this time, another idea rushed into our mind: 'A custom show in Landsberg... that would be nice. As international as possible and featuring all imaginable branches of the scooter scene...' While we had rather been thinking aloud than actually planning in December, only a moment later they day had come. On Saturday 13, April 2013 the Motorscooter Customshow Landsberg opened its gates.

Within no time people from all over the world had let us know that they wanted to participate. Italian mods, French long distance riders, Austrian tuners, German collectors... They all wanted to be part of the show. Wow! But while we were more than happy about the enthusiastic feedback, we also started to worry: What if the venue is too small? What if it's raining? What if the various group won't get along with each other? An event of this size is always quite a challenge and our only option was to plan ahead as well as possible and trust in the momentum of the event. 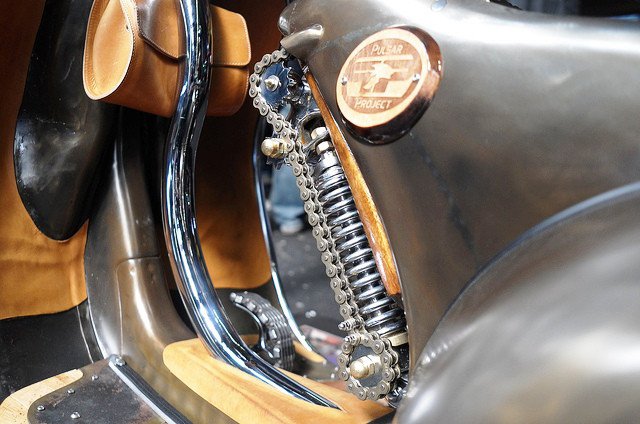 The plan worked out well and a couple of days before the show, the first internation guests arrived in Landsberg. All of them had brought stunning exhibits. From Greek Pulsar Project's latest work 'Springer Sting' to the high-performance racers of the Italian BSG guys.

On the day of the event not only the visitors but also the organiseres were excited to see how diverse and colorful the scooter scene 2013 actually is: cross racers, rally pilots, Bella enthusiasts, drag racers, 50s nostalgics... round about 1500 visitors had come to see the 116 registered custom scooters and stroll through the fairground.

Alongside impressive paint jobs and sophisticated customising, there were also a couple of oddities to marvel at (the Bastert Monotrace for instance). Often times tounge in cheek and always with the utmost attention to detail. Many guests had travelled hundreds of miles to visit the show. Some of them even by scooter. We were really impressed to see, how enthusiastic people from all over the world still get about the 'old' scooters. Once again a huge motivation for us here at SIP to promote the future development of the Vintage Vespa/Lambretta sector. 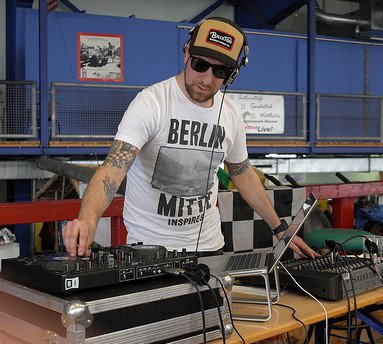 Alongside the exhibiton, there were also several other attractions: While Toni la Rocca was spinning the records, the visitors had the chance to watch both tattoo artists Bene Bader and airbrush legend Marcus Pfeil in action. The 2pm highlight in the 'separee': Pinion guru Denis Innocente (DRT) hosted an exclusive gearbox workshop and was happy to answer all the questions, the participants asked.

Food and beverages were available in the outdoor area, where also the parts market and the stand of Vollgas Motorroller were located. Tim had brought his dyno and it was incredibly exciting to watch the current elite of high end tuners in direct comparison on the test bench. With more than 47 ps Italian racer Stefano Scauri (BSG) eventually turned out to have built the most powerful engine.

While the visitors and exhibitors had plenty of time to chat or talk shop and enjoy a cocktail at the Tiki-Bar, the international jury had to decide on their personal custom favourites. A hard task in the face of the many stunning exhibits. In the end the following scooters were awarded:

A big thank you to all exhibitors, visitors, and helpers for a fantastic weekend. We are already looking forward to seeing you again in Austria next year.

Check out Flickr to see the rest of our pictures: 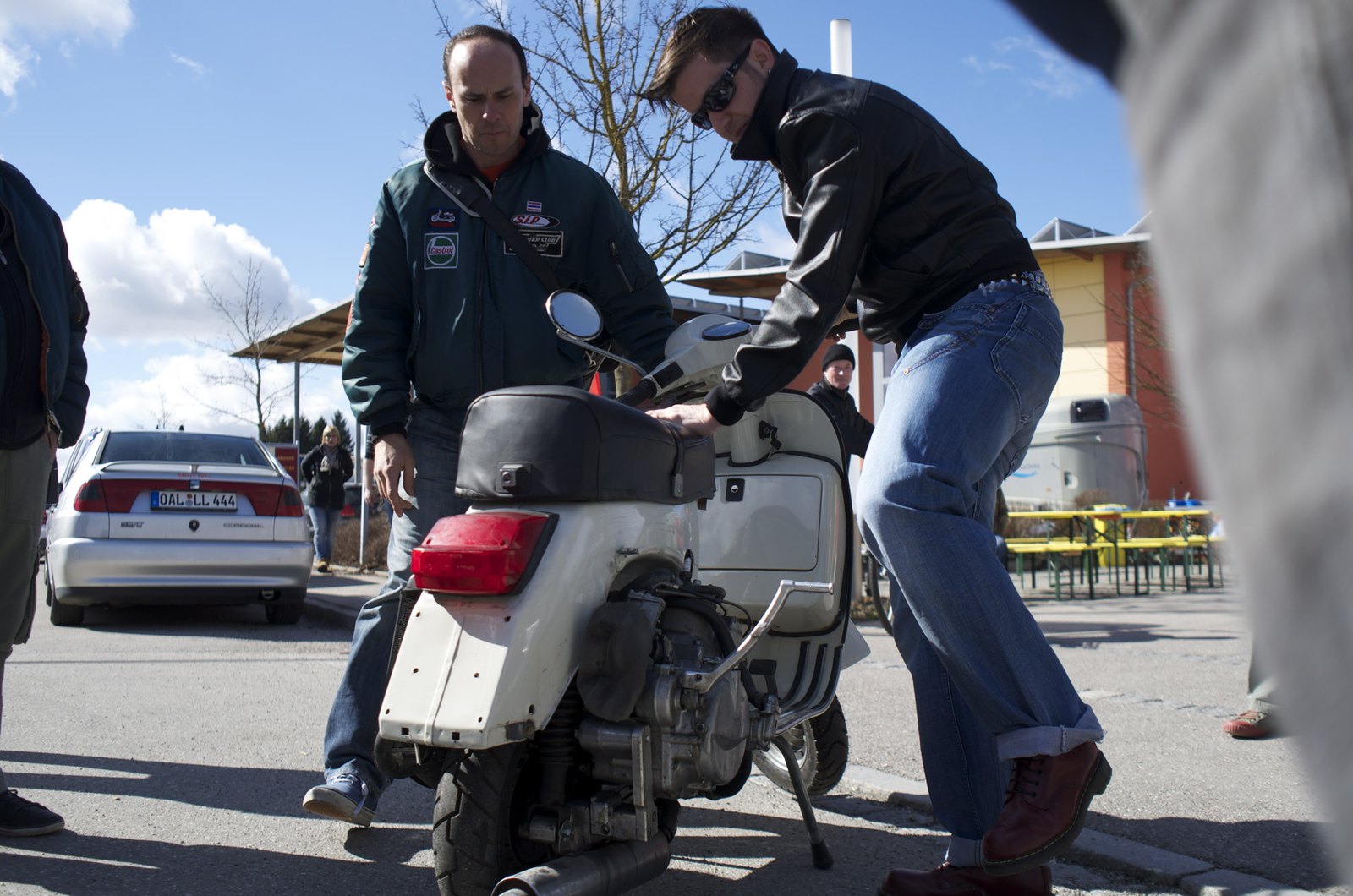 And here's our video: