A day trip of approximately 140km in central Switzerland over 3 of the highest Alpine passes: Grimsel, Furka and Susten. No problem for someone who enjoys riding a vintage Vespa, probably even a nice idea. Now this was exactly the event, Red Bull had invited nearly 800 pilots to take part at this weekend in Meiringen. The tour however was not supposed to be ridden on motorcycles or Vespas but on mopeds - or "Töffli", as the confederates lovingly call them. Is that possible? And if so, how long will it take? Will the original engine of a Ciao with less than 1 horsepower be up for this challenge?

The SIP team wanted to find out for you and took 10 test persons and mopeds to the event in Meiringen. The weather was unbelievably good and we were looking forward to the passes and the breathtaking view of the 4000m summits of the Swiss mountains around Meiringen. A nightliner of 'Berlin Rock Coach' (with a driver, sleeping cabins and all!) comfortably took us there. The first Töffli-Buebn and Töffli-Meitlis arrived on Friday afternoon. In addition to the accreditation, there was a style contest going on, which is why the pilots did their best to attract attention. Alongside these fun-Töfflists we also met a lot of "real" moped riders who were obviously living the cult and did not have to dress up at all. A "Stumpä" lit between the grinning lips, they are alpine originality in one of its coolest forms.

After the party on Friday night, the riders had to rise early the next morning and get ready to start. The sight was impressive. An army of wild, colorful, rattling two-stroke pilots was already waiting at the starting point and at 10am they finally set off for the wild ride. Many fans and spectators had gathered in the villages along the road to cheer and encourage the crazy bunch on their way uphill.

Quite soon we realized that the Grimsel pass cannot be compared to the Landsberger Bergstraße. It pushed mopeds and pilots to their limits and only 8 out of the 10 SIP pilots made it to the mountain top on their own. One moped had to turn back at the Grimsel, knowing that the next pass would be even higher. A short gear reduction, a high torque engine and a continuously switching variator were the crucial elements you needed to stay in the race. The group's progress, however, was hampered by humorless Swiss law enforcement officers. Strict controls that were carried out along the way resulted in many confiscated mopeds and heavy fines. The official reasons for this were only partially comprehensible, the approach of the police unpleasantly gruff and you couldn't help feeling that the only purpose was to cash in as much as possible. But that was the only negative aspect of this top event. The riders came mostly from Switzerland, but also mopeds from the neighboring countries Germany, Austria and Italy were spotted in the field. They left no doubt that the Töffli is a cult object that represents a zest for life and a very special feeling of freedom. Frozen, with an aching butt and drawn by the pedaling effort (the final rescue operation at too much slope), many hours and 3 passes later the pilots finally crossed the finish line in Meiringen.

"Der Auspuff dröhnt, der Kolben schreit, Zweitakt für die Ewigkeit" (The exhaust roars, the piston screams, two-stroke forever) a banner at the track read. We have nothing to add to that. We'll be tinkering and tuning to make our mopeds ready for the 4th Red Bull Alpenbrevet 2013, and hope that next year all of us will be able to cross the finish line.

All the pictures we took can be found on flickr: 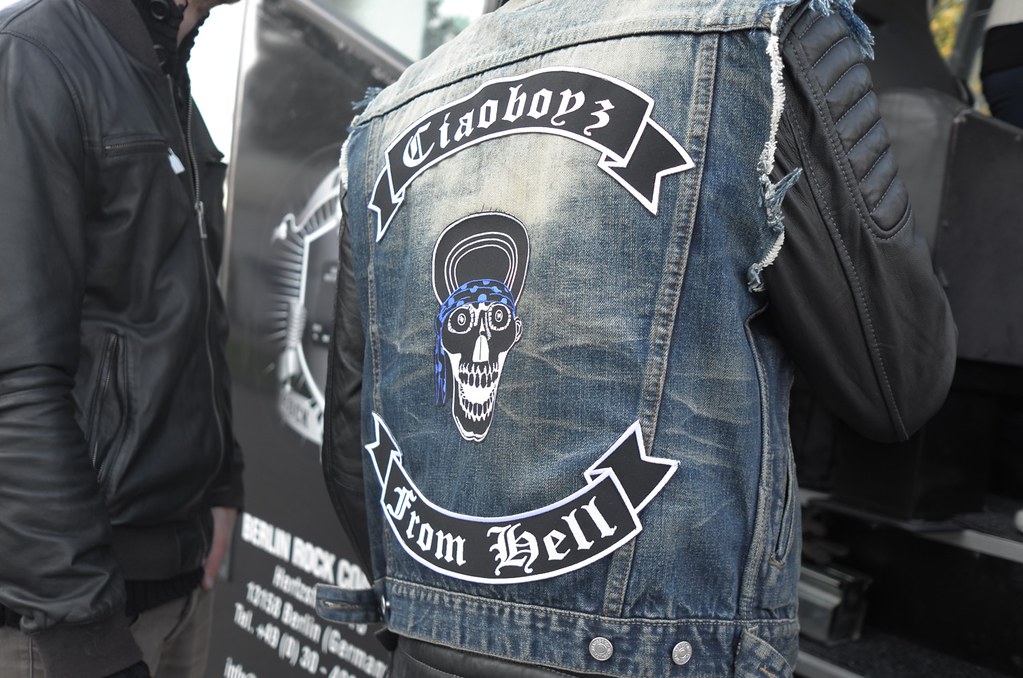