There has certainly been a lot of mountain water rushing down our beautiful Lechwehr since we received the request from dear Jupp from VC Regensburg asking if we would like to take part in his 30th anniversary. Of course we accepted. That it would take three years before the event could finally take place could not have been foreseen at the time. The reasons for the delay are well known.

So it was all the nicer when the event was finally on the agenda. Quite a few clubs and Vespa fans had already gathered on Friday at the Freizeitinsel in Bad Abbach. We decided to set off early in the morning on Saturday because the journey was so easy. The guys and girls from VC Regensburg had chosen a nice location under tall trees to celebrate themselves and their remarkable anniversary. By the afternoon at the latest, the meeting was well attended and the participants were excellently catered for by the numerous culinary offerings. Steak and sausage sandwiches, coffee and cake, burgers, pizza and plenty of liquid food were provided for the grateful people.

712 Vespas & Lambrettas on the leisure island

There was also a lot to see: Next to us, quite a few manufacturers and dealers presented their hot goods and a test stand regularly caused a stir. Except for a few refreshing drops, the day remained desirably dry. On its homepage the VC Regensburgreported that exactly 712 scooters were counted. On Sunday, 262 riders took part in the parade.

We can say: It was nice. From our side it only remains to give you a clear recommendation for all coming events of the VC Regensburg. They're a nice bunch of dogs, the Regensburgers. And they really do put on hearty scooter meetings. Well done. 😊

Video of the anniversary of the Regensburg Vespa Club 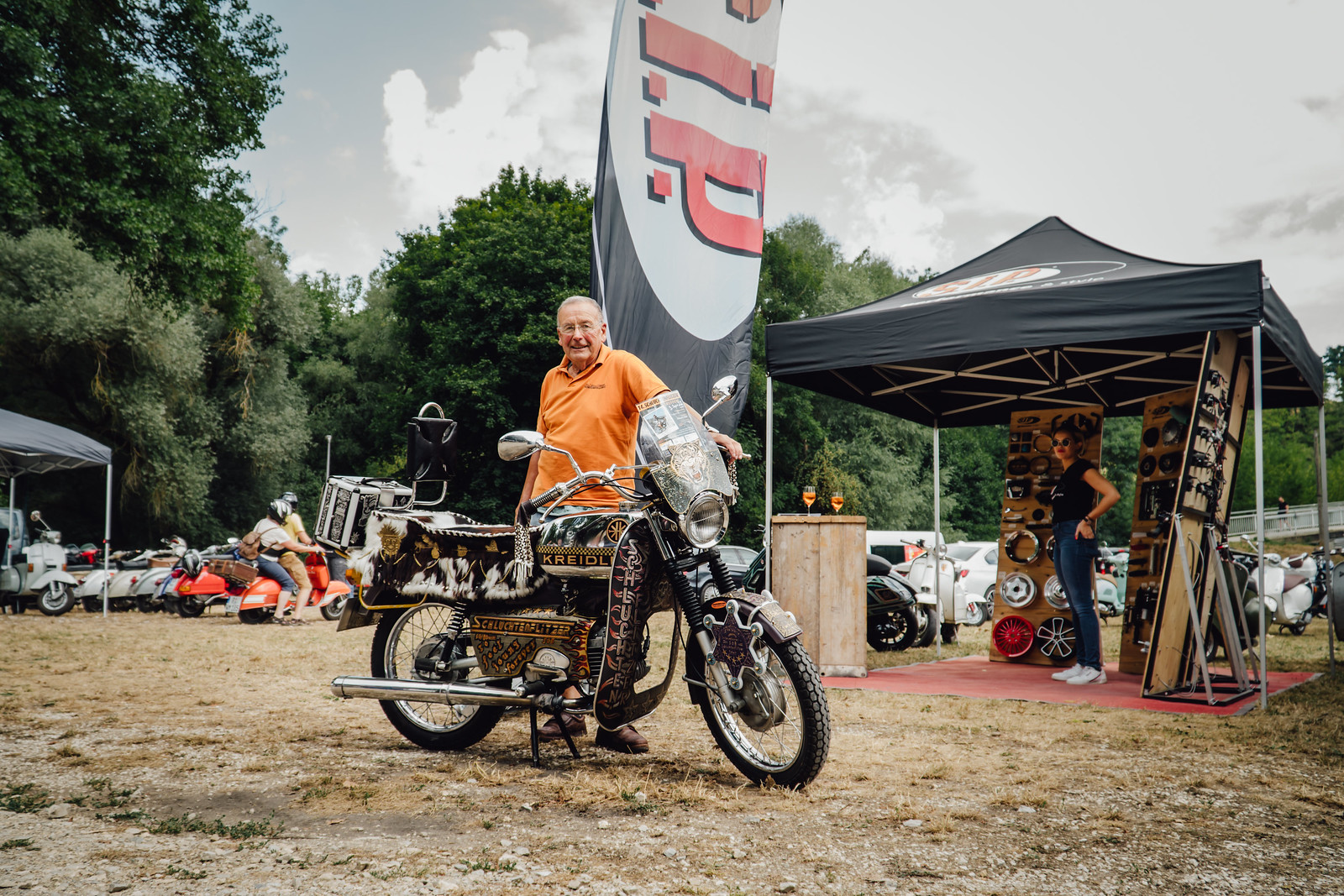 At SIP Scootershop, Christian is responsible for dealer support in the D-A-CH region and keeps an eye on events. When he is not in the office to look after his numerous customers like a mother looks after her children, he is riding on his 1976 Vespa Sprint Veloce. In his other, private life he is known nationwide as a musician under the name Winston.