"The past is not dead, it is not even past," is a famous quote by William Faulkner. I had to think of this when I met up with about 30 other Vespisti on Saturday morning in a parking lot in the south of Munich. We all gathered to participate in the 1st Fenderlight Vespa Tour of the Vespa Club Munich. Special invitation had gone out to the Vespa Oldtimer Freunde München, another Munich Vespa club with a preference for the vintage scooters with the seductive curves. Separated in the colors, united in the matter: 2 clubs, one great passion.

In light rain and wet roads as well as thunder, the Vespisti set off on their 8 inch tires. Such a ride on a Faro Basso Vespa is not for the faint of heart.  But too weak nerves are good for nothing... Through Starnberg city and along Lake Starnberg to Bernried to the beautiful Buchheim Museum ("The Boat"). The attempt to take a group picture in front of the wooden giraffes failed grandiosely, a sympathetic chaos ruled the otherwise tightly organized group.

But in the meantime the thunderstorm had moved on and bright blue skies framed the Vespa Convoy picturesquely from then on. At the Markptplatz in Penzberg, a good-humored Stephan Huber from the snack bar of the same name awaited us. There was Weisswurst Carpaccio and delicious pasta, a well-deserved refreshment at an epically long table, directly behind the accurately lined up Vespas. Italian lightness meets German sense of order. 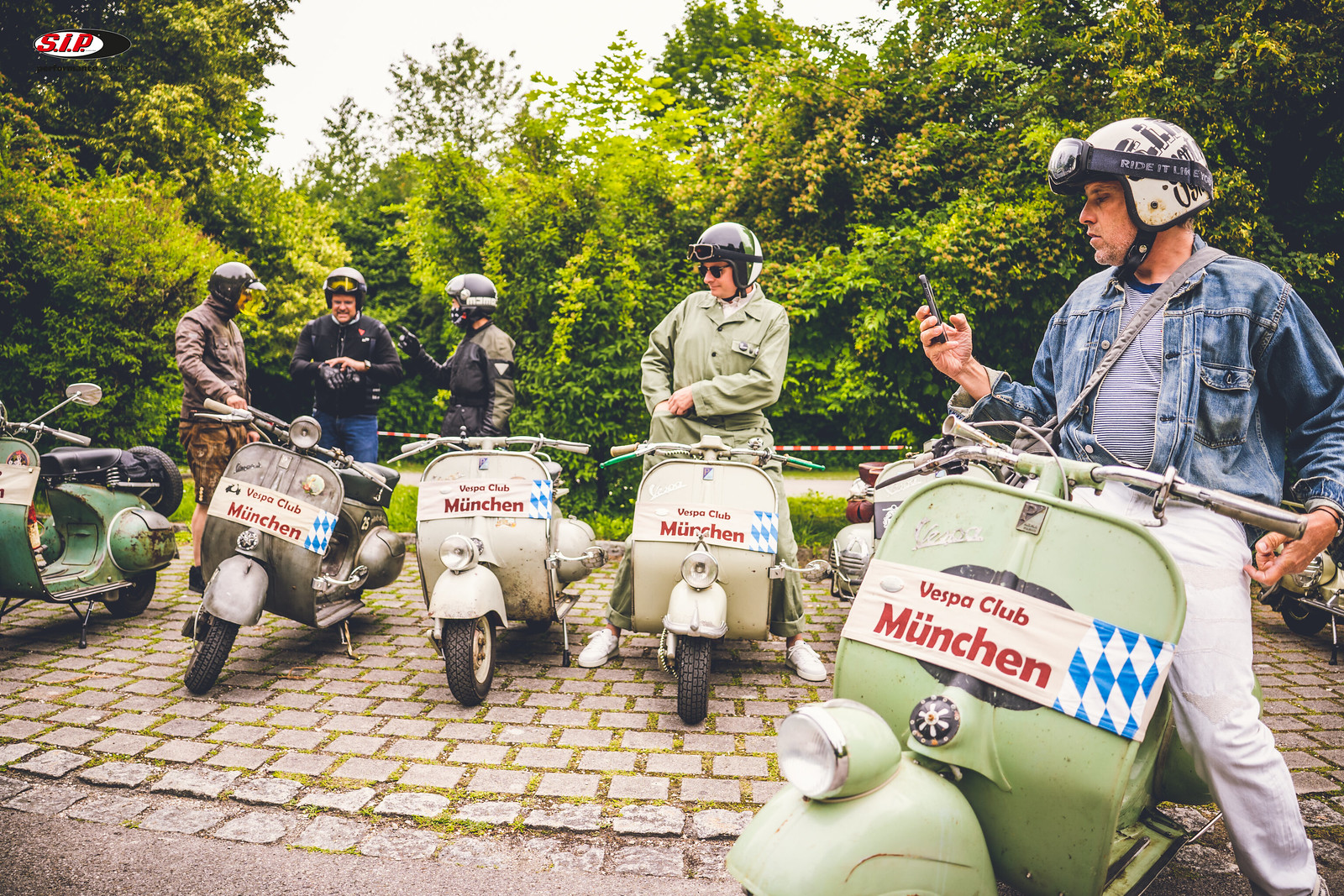 To make it easier to say goodbye to this nice little place, host Stephan rode with us from now on and we continued around Lake Starnberg to the sophisticated town of Berg and there to the first house on the site, the Strandhotel Berg. The Vespa Club Munich did not let itself down and invited everyone to coffee and cake, with a magnificent view of Lake Starnberg. A worthy conclusion of this wonderful trip.

Thanks and praise go to the Vespa Club Munich for this successful friendly ride, for organizing and inviting!